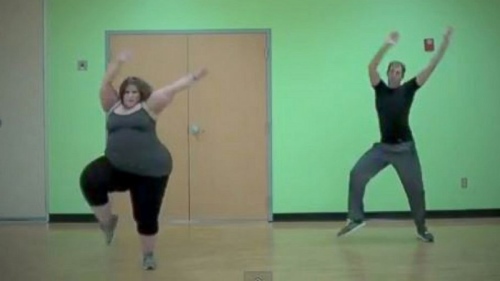 This girl has got moves.

Whitney Thore had been dancing her whole life, but stopped after she gained some weight (Thore was later diagnosed with Polycystic Ovarian Syndrome, which can cause weight gain). But instead of giving up on her passion, Thore turned her situation into a…larger opportunity.

She launched the No Body No Shame campaign, which encourages women to practice “aggressive self-love.”

As part of her ongoing efforts to inspire others to feel no embarrassment over their body type, Thor took to YouTube to launch her own “Fat Girl Dancing” series—in which she reclaims and embraces the word “fat,” and proves that she’s got more skills on the dance floor than you.