A picture taken of yourself that is planned to be uploaded to Facebook, Myspace or any other sort of social networking website. You can usually see the person’s arm holding out the camera in which case you can clearly tell that this person does not have any friends to take pictures of them so they resort to Myspace to find internet friends and post pictures of themselves, taken by themselves. A selfie is usually accompanied by a kissy face or the individual looking in a direction that is not towards the camera.

To Thine Own Selfie Be True, But Not In All Places At All Times 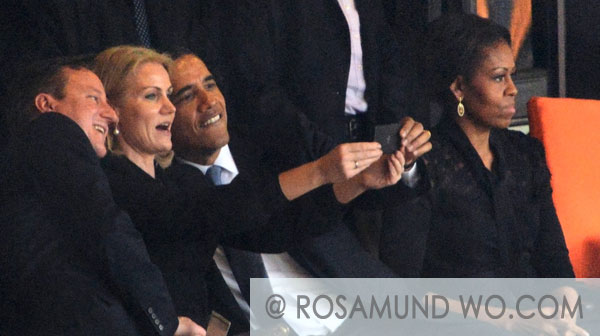