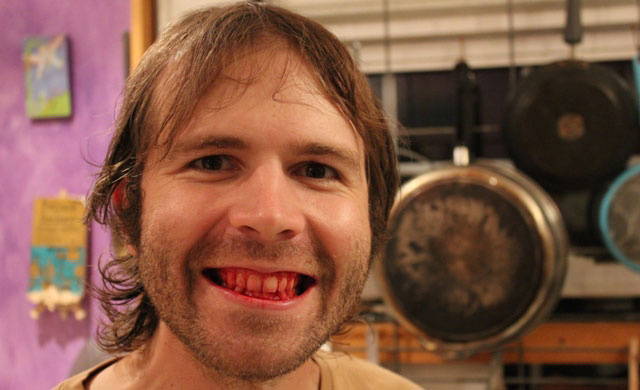 Man has eaten nothing but raw meat for 5 years.

Derek diet consists of eating raw meat for the past 5 years because he’s battling with digestive issues that made him lose weight and being sick all the time. He attempted grain free diet, Mediterranean and Paleo diet and raw meat cures him.

Derek source and kills his own meal, and he especially adores lamb raw meat, he eats every edible parts and this includes connective tissues, organs, brains, blood and fats.

His dad doesn’t like his diet, but his vegetarian girlfriend understands. Derek was a divorcee and admit perhaps this eating diet ends his first marriage.

2012 youtube shows a video of him cracking open a lamb leg and sucking his marrow that had been aging in the fridge. He says he washed it down with a good cup of blood.

In 2011, a raw video of “Extreme Animal Obsessions”, short film posted on Vimeo, spot Nance slices a pice of rabbit and eats it fight from the knife.