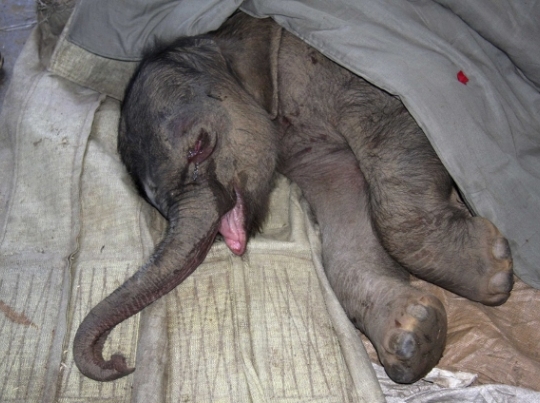 The keeper at China’s Shendiaoshan Wild Animal Nature Reserve, in Shandong province, removed the calf and feed with bottle milk after his own mother rejected him and stomp on him causing internal injury to this little baby elephant.

“He couldn’t bear to be parted from his mother and it was his mother who was trying to kill him,” a keeper said, according to reports. All was not lost for the little calf, however. Named Zhuangzhuang, he has been adopted by the keeper who rescued him and they have formed a strong bond.