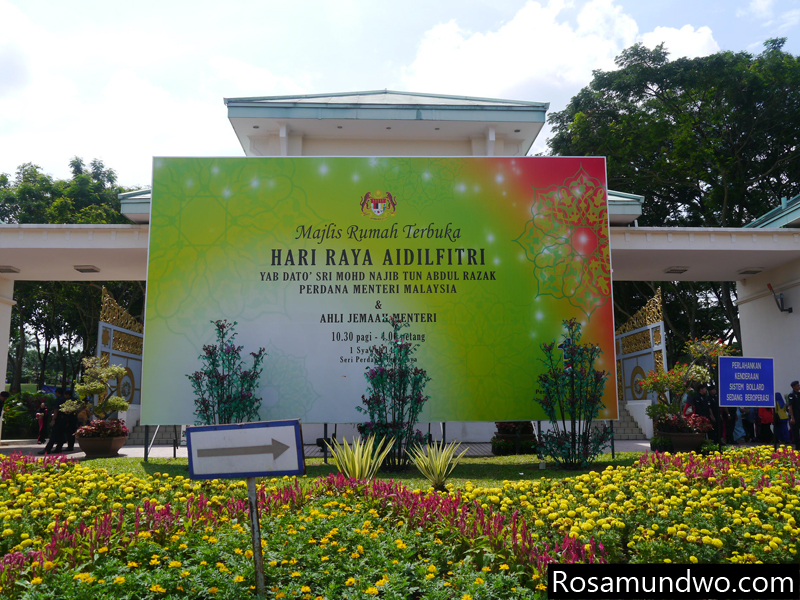 Anyone went to our Prime Minister’s Hari Raya open house at Seri Perdana Putrajaya on the 8th August, 2013 (First Day of Hari Raya)?

We (me and my husband) attended PM’s open house twice before at PWTC (Putra World Trace Centre) on previous years. It was too crowded when it was held at PWTC. It’s totally different scene and most importantly less crowded in Seri Perdana.

We took a rapid bus from behind Mydin Wholesale Emporium (a building situated beside Kota Raya) in Kuala Lumpur city and arrived at Putrajaya Sentral Station. For your information, the older citizen though it’s free, well it’s not. After we arrived at Putrajaya Sentral Station, we took the free shuttle bus (Nadi Putra Bus) to our destination, the Prime Minister House at Seri Perdana. Arrived there around 12 noon, time for free lunch buffet!

Actually, there is a more speedier method travelling to Putrajaya, the train from KL Sentral (KLIA Exspress)

However, the bus will always remain the cheapest alternative for travelling.

Varieties of food served during the whole afternoon starting from 10.30 am to 4 pm such as rendang meat, chicken rendang, lemang, karipap, roti canai, kuih muih, agar-agar, cendol, air sirap, briyani rice, satay, curry noodles and etc. Up till the end, food were continuously served for everyone. Some of them even take away some food for their love ones at home or for tomorrow’s consumption. Free milo and balloons distributed for the younger ones. Everyone seems to enjoy our PM’s open house.

Guest who attended this even got the opportunity to shake hands with minister himself and with all his cabinets ministers. After that, goodies bags were distributed to all guests. I got myself some cookies and a beautiful glass mug.

Apart from all the good food served, i was unhappy about the portable toilet condition for guests. It’s too gross mainly because there were not enough water to flush the bowl.

Lastly, it was an enjoyable day for us to have the opportunity to meet our Prime Minister and to visit his Raya open house and to be served delicious food in a great environment (apart from the portable toilet). 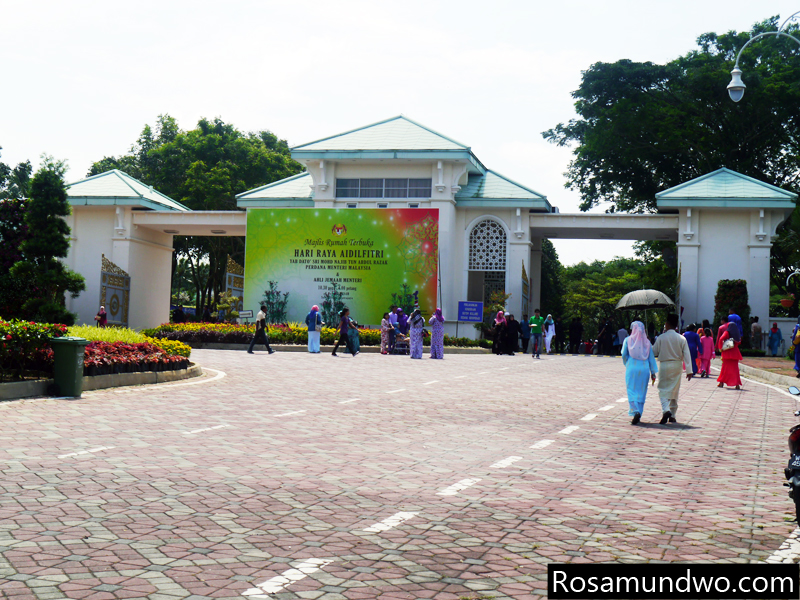