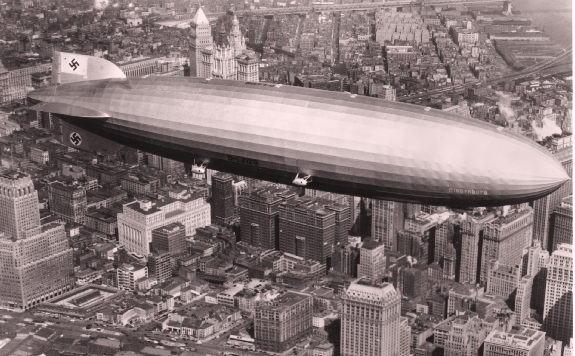 Titanic was a disaster and claims 1500 lives from sinking of the largest man made structure yet another disaster which does not seem to get the same amount of publicity even though it happened 100 years old, The Hinderburg.

Explosion of Hindenburg air ship claim 36 fatalities out of it’s 36 passengers and 61 crew on Thursday, May 6, 1937, as the German passenger airship.  The suddenness of the disaster was shocking.

At 7:25 p.m. on May 6, 1937, while the Hindenburg was attempting to land at the Lakehurst Naval Air Station in New Jersey, a flame appeared on the outer cover of the rear of the Hindenburg. Within 34 seconds, the entire airship was consumed by fire. It’s reported that the mishap started when a spark from static electricity ignites leaking of hydrogen.