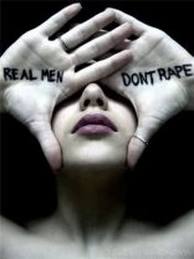 A rape occurs every 15 minutes in Malaysia

‘the contention by the All Women’s Action Society Malaysia is that it is not only on the rise but that “a rape occurs every 15 minutes in Malaysia.”

Raping is just the tip of the iceberg in the list of crime and social ills, and since Malaysia has a population of 28 million people at the last census, it can ill afford to allow these problems to go unchecked.

If left unchecked, Malaysia faces the bleak prospect of being a nation made up of more and more down-and-out people very soon.

Malaysian crime rate will never drop especially when our country begun to import more foreign worker to work in Malaysia. It’s getting crazy everyday with all the news on motorcycle snatch thieves, murder, raped and the list goes on.

Have you seen today’s newspaper where a 28 year old woman who was abducted while she was waiting at the bus stop by 10 Myanmar?

She was in fact waiting for the bus to go to her workplace in Puchong Perdana.

Malaysia is not a safe place to live in!

Always walk together with a man by your side whenever you need to go out even for a second! Although it’s troublesome for us (women) to trouble the men, it’s a Necessity in today’s generation.

Four Hours In Hell: Woman Gang-Raped By 10 Men After Abducted At Bus Stop

SUBANG JAYA: A woman endured the longest four hours of her life when she was gang-raped by no less than 10 Myanmar men after being abducted at a bus stand on Saturday.

Harian Metroreported that her hellish ordeal began around 3pm on that day when she was waiting for a bus to go to her workplace at Puchong Perdana.

While at the bus stop, she was approached by two Myanmar men in a Proton Wira. Police sources claim that one of the men thrust a parang in her direction and forced her to sit in the back seat of the car.

“The victim, who was terrified and unable to fight back, was brought to a flat in the area. In the flat, there were an additional eight men waiting,” said the source.

This was where her ‘four hours in hell’ began. The men then tied up her hands and feet, and when she could no longer struggle, the men then took turns raping her.

“They continued with their violent act despite her pleas for help,” said the source.

It wasn’t enough that they raped her, but some of the men even recorded the heinous scene on their cell phones.

“The men also threatened to kill her if she reported the matter to the police,” the source claimed.

The victim was eventually released at 7pm. In her worn state, she managed to contact her friend, whom upon picking her up, promptly rushed her to the Puchong police station to lodge a report.

“The suspects, all Myanmar nationals aged between 20 to 30, have been remanded for a week. We are in the process of hunting down the remaining seven,” he said when contacted yesterday.

The case is being investigated under Section 376 of the Penal Code for rape.