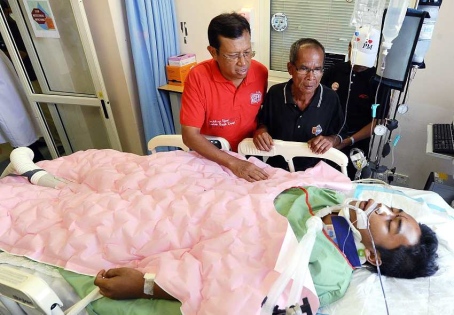 17 spectator were injured when one of the cars skidded during a trial run at the Youths Rally 2012 here in Putrajaya at midnight on Saturday at Wadi Ehsan Highway. 4 of them suffered serious injuries while driver escaped unhurt.

3 of the seriously injured were Muhammad Iskandar Rasiq Shaari, 20, Ami Nakim, 27, and Muhammad Fairuz Jalaluddin, also 27. The fourth had been transferred to Kuala Pilah Hospital.

Iskandar’s injury was the worst hurt and he was admitted to the hospital’s intensive care unit. Suffering from internal bleeding, he underwent surgery and is now being monitored closely.