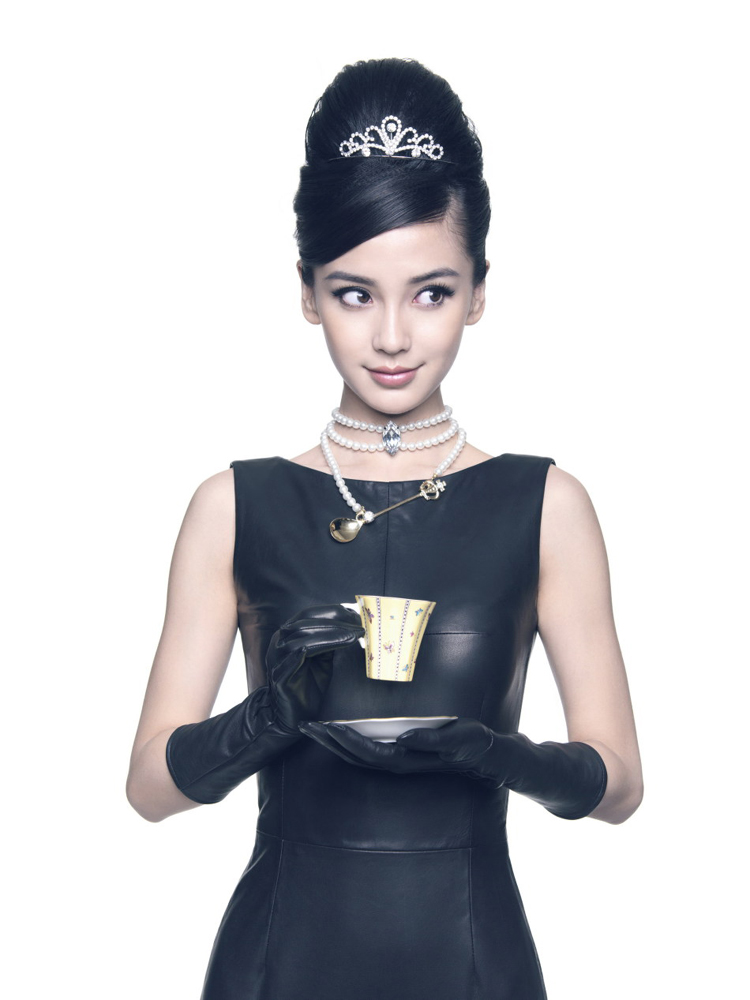 First of all, my heartiest congratulations to Angelababy for opening her third restaurant “Baby Cafe” on May 3 this year. She had released new photoshot of herself dressing as famous iconic Audrey Hepburn to promote her business.

Dressed in leather dress, and enhanced by her baby doll face, Angela look like the real Audrey Hepburn.

See for yourself, she’s indeed the most prettiest girl.