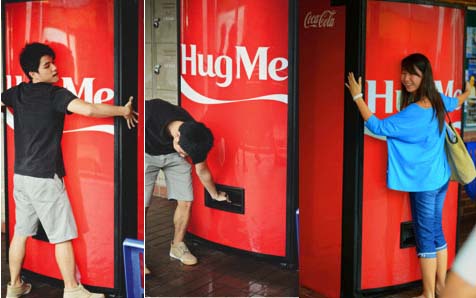 Can’t buy me love lyrics by The Beatles says it all. This machine wants no money but LOVE!

Would you hug a coca-cola vending machine in return for a free Coke? I’ll definitely do that!.  Recently, Singapore’s “Coca-cola Hug Machine” is the latest campaign to put a smile for those who are bold enough to hug the machine and rewarded with cola drink in return. It’s a marketing campaign with advertising firm Ogilvy & Mather, according to a news release.

“Whether you were hugging the machine or experiencing the event online, our goal was the same – to put a smile on your face and share that emotional connection,” Coca-Cola Company spokesman Leonardo O’Grady said in the release.

“Reactions were amazing… people really had fun with it and at one point we had four to five people hugging the machine at the same time as well as each other!”

With the great respond of Coca-cola Hug Machine in Singapore, there are now planning to roll it out to introduce more Hug Machines in locations across Asia.

So, if you came across “Hug Me” vending machine, give em a good Huggin! 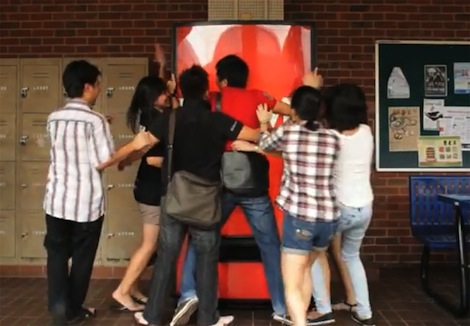