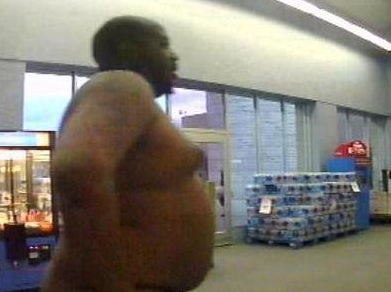 On last week, 13th of February around 5.30 p.m. a 32 year old man, resident of Downingtown, Pa. was arrested of stealing a socks in complete unclothes in Walmart.

According to raw footage video of the incident obtained from Walmart, the man entered a parking lot in his car, took all his clothes off and went into the walmart store. He then approached the counter, on the way he stole a pair of socks, put them on his feet and wandered farther, he did not bother other passers by customers. When the police finally arrived, he did not respond to their commands that is why they were forced to use a stun gun. He was later sent to Chester County prison with a preliminary hearing on March 21.