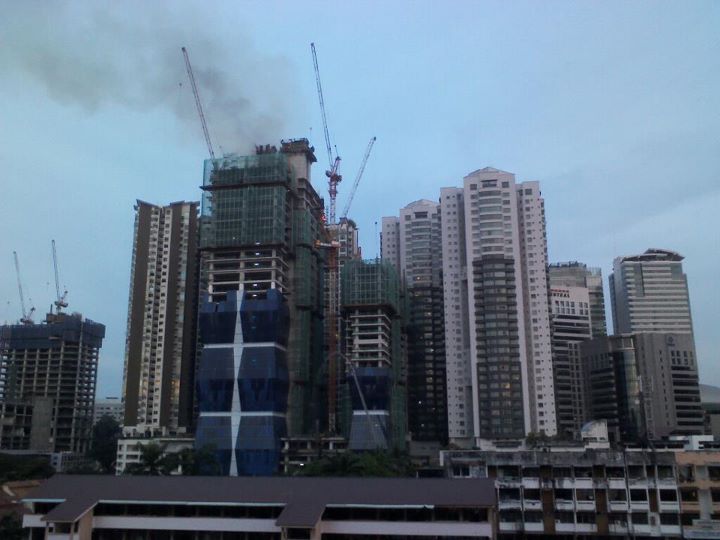 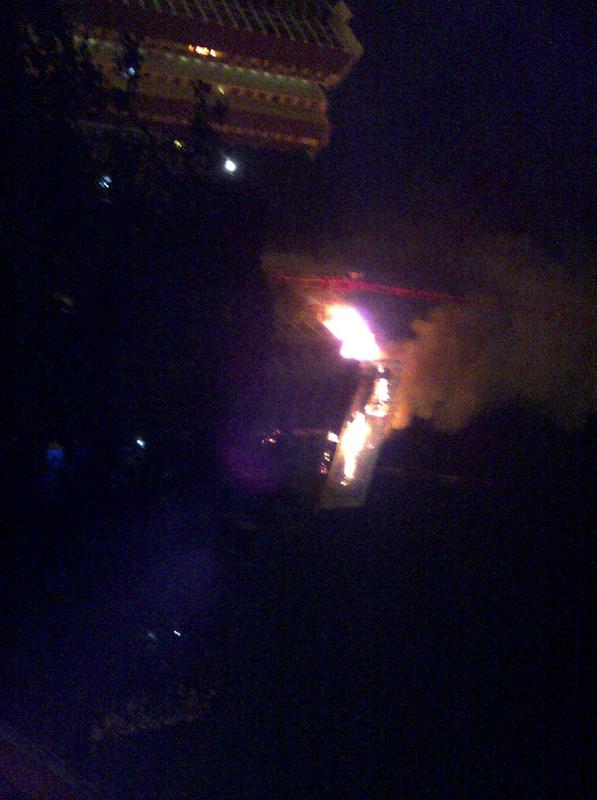 Part of Kl Sentral building in Kuala Lumpur centre which is still under construction was seen blazing on fire early today at 5.45 am. Fire broke out on the 29th storey building and fire fighters was having a hard time trying to put off the fire. KL Sentral is located at 348 Sentral nearby to Little India in Brickfields. Chief City Fire and Rescue Department Khirudin Drahman said they received this news at around 3am in the morning and had sent 6 fire brigade to the scene. Firemen were still trying to put off the fire at 6.45 am. As yet, there were no updates on any injuries or casulties. 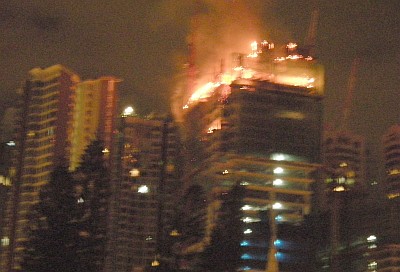 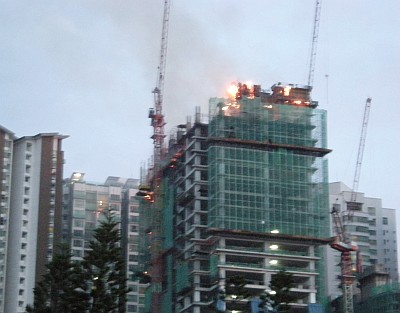 All roads heading to KL Central and Brickfield, Jalan Tun Sambathan, Travers Road, Syed Putra were blocked due to this incident.

Watch this video from AtomKinder