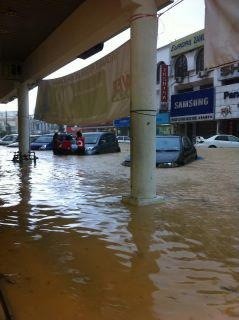 This year massive flood hit Thailand now Kajang in Malaysia. Today’s rain is not as bad as other days yet it submerged Kajang city. Heavy rain started at 3pm this afternoon had caused a nearby river to break its bank that’s why Kajang was flooded.

Since 3pm, water was seen gushing into shopping malls like Plaza Metro, retail shops along the way like restaurants, restaurant as well as into McDonalds.
Some were stranded and had to climb up to vehicles to prevent from drowning. Others were seen pulling and helping stranded victims into higher levels building.
“The water was rushing by and we could only watch cars drift by. This is the worst flood here since the 1971,” Kajang assemblyman Lee Kim Sin said referring to the floods that killed 32 in the Klang Valley 40 years ago.
Apart from this, Keretapi Tanah Melayu Berhad (KTMB) had to halt their service due to the flood.
A friend shared this in her Facebook, is that a crocodile in the picture? 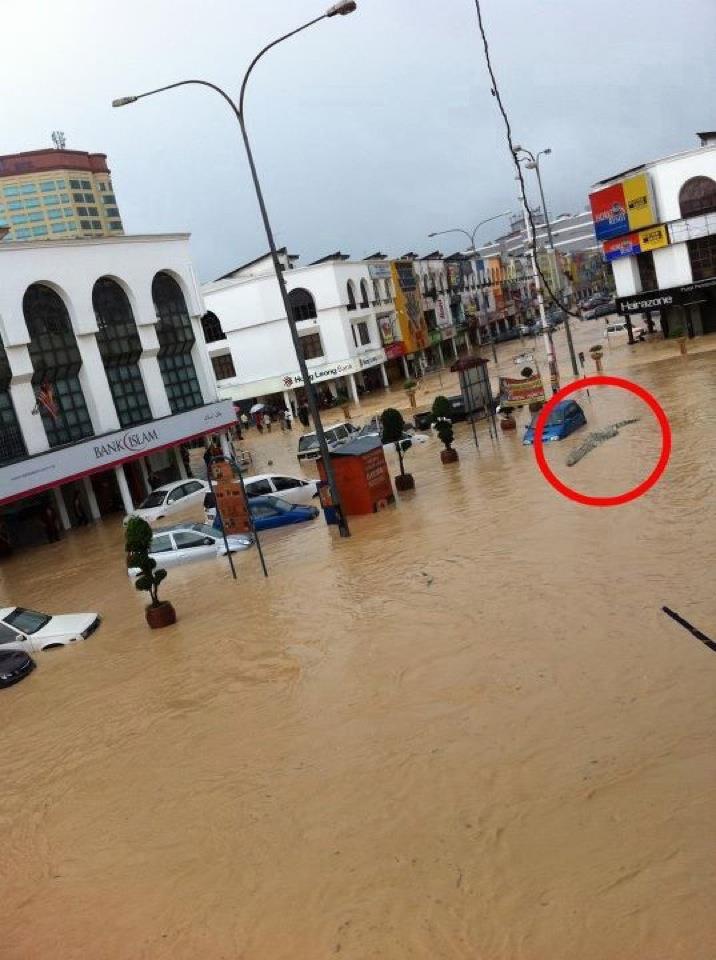 Kajang residents have been sharing photos and videos on popular social sharing sites such as Facebook and Twitter, informing others not to travel into Kajang because of this incident.
In this video posted on Facebook, showed a woman standing on top of a van and was handed a ladder onto the roof of the van in order to climb to 1st floor of the building.

And another video showed workers in a shopping centre passing goods to others standing on escalator to save their goods.