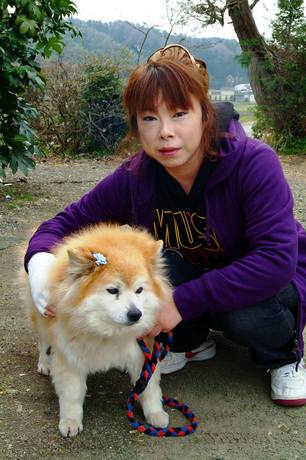 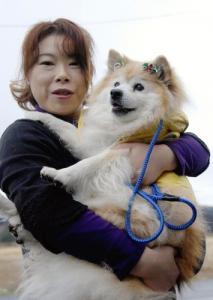 Forty two-year-old housewife Yumiko Shinohara holding a male cross bread dog called Pusuke in her arms in the city of Sakura, Tochigi prefecture, north of Tokyo.
Today in Tokyo, the world oldest dog die. I repeat the WORLD OLDEST DOG.
The male cross breed, Pusuke took his last breathed on Monday noon at the age of 26 years old and 9 months, which is equivalent to 120 years in human.
Pusuke refused to eat anything and had breathing difficulty, the owner Yumiko Shinohara said to Kyodo News.

“He had been with me for 26 years, and he was like my child,” Shinohara, 42, told the Yomiuri Shimbun.
“I just want to thank him for living for so long.”
Pusuke was infact recognised as the world’s oldest living dog a year ago in the Guinness Book of Records.
Japan’s healthy diet and active lifestyle contributes to their longer life expectancies, this includes their pets as well.
Japan government did a survey and announced out of 100,000 people in the country, 37 japanese people are now more than 100 years old, a total of more than 47,700, with 87 percent of them women. 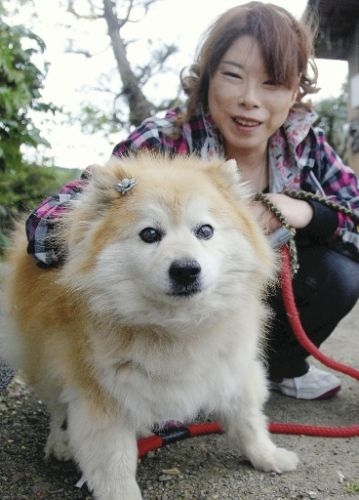