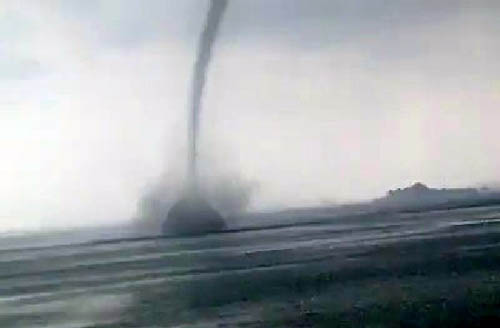 Is this really true? I’m living in Kuala Lumpur and i’ve never seen a twister or a tornado before in my life. Tornadoes in Malaysia 2011??!!
According to NST malaysia, mini twister tornadoes really does exist in Johor.
“…… is yet another direct evidence that mini-tornadoes exist in this country, despite the repeated denials by the Malaysian Meteorological Department over the past decade.
Mini-tornadoes are formed by thunderstorms.

They are behind most of the freak storms that result in uprooted trees and damaged roofs across the country.
While Singapore, Indonesia, Thailand and the Philippines have acknowledged the existence of such tornadoes for many years, the department described this phenomenon as downbursts or even landspouts.
It should inform the public that mini-tornadoes really exist. The death of two traders that occurred when a mini-tornado tore through a pasar malam recently is proof that they can be fatal.
As mini-tornadoes are a real public safety issue and are happening more often with the onset of global warming, the National Security Council should take an interest in the matter.”
Watch this video on Tornado hitting Lebuhraya in 2011
Puting Beliung di Lebuhraya Link 2 Gelang Patah,Johor Bahru