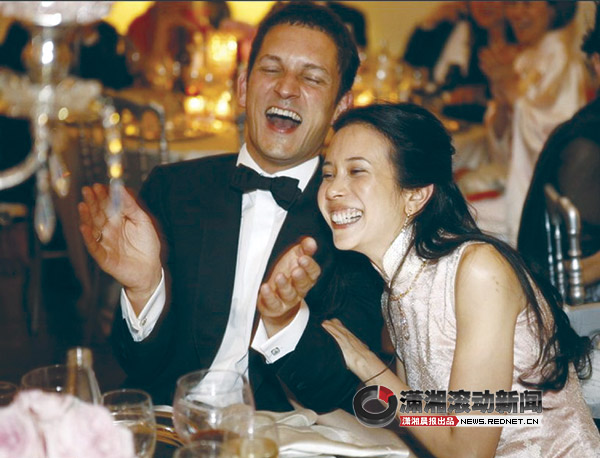 Karen Mok (莫文蔚), 41, who is also known as Karen Joy Morris is getting married on 1st of October 2011 to her 1st boyfriend Johannes whom she met while studying in Florence together when she was 17 years old in Italy. Her marriage is going to take place in Florence, Italy on Saturday.


Mok’s eurasion look was inherited from her father half chinese and half Welsh, while her mother half chinese, quarter iranian and quarter German.
Her husband, Johannes 41 year old German was married and had 3 kids from his first marriage and he later divorced. He holds a senior position in a financial institution.
Karen’s wedding dress was designed by a Hong Kong designer, Johanna Ho (何志恩), used large quantity of lace to design her wedding gown as Italian church doesn’t allow strapless gown because of conservative customs. Her jewelry will be provided by De Beers and wedding shoes from Ferragamo, which is uniquely design just for Karen Mok! Her Maid of Honor Stacey Ma’s (马怡静) bridesmaid gown and flower girls are also design by Johanna Ho.
According to Karen, they were not rushing into starting a family and prefers to spend more time on traveling the world.