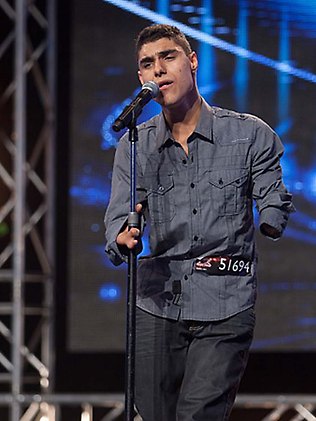 Emmanuel Kelly, 17 touches the heart of judges and audiences in the recent X Factor Australia, singing John Lennon’s “Imagine” by its voice and emotional story behind his physical disability.
Both, Emmanual and his brother, Ahmed suffer limb deficiencies a result from chemical warfare survivors from Iraq.

They were both found by nuns in a shoe box in Baghdad park and eventually adopted by Moira Kelly, who give them a new life.
“It was like looking at an angel when mum, Moira Kelly, walked through the orphanage door,” Emmanuel told the talent show judges.
“She brought us both to Australia for surgery originally and then mum sort of fell in love with both of us.”
Moira soon became the legal guardian for both boys.
Ronan Keating, who is one of the judges in X Factor Australia, said: “I don’t think I’ve ever, ever been moved as much as I was by that performance.
“That was magnificent. Your courage, your bravery, is unbelievable.”
Kelly will be launching his own album today, reported Eastern Riverina Chronicle.