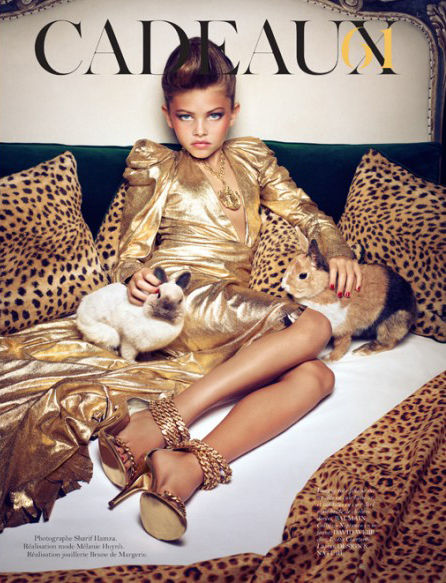 Shocking images of this French young model have brought about condemnation from parents’ groups and MPs.

She was born in the Ivory Coast, Blondeau is the daughter of Véronika Loubry, an actress and television presenter, and former Sheffield Wednesday and Watford footballer Patrick Blondeau.
Age at age of four, she walked the catwalk for Jean Paul Gaultier and already boasts an impressive modelling CV, with several magazine shoots to her name. 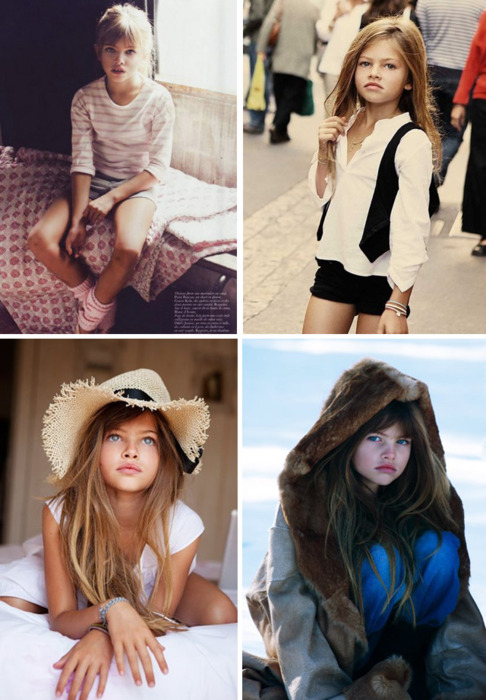 There are other young models like her, Hollywood child actresses Elle Fanning, 13, and 14-year-old Hailee Steinfeld have both recently signed modelling deals with Marc Jacobs and Miu Miu respectively