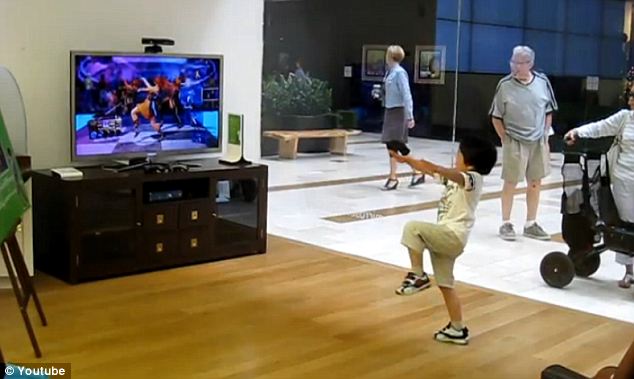 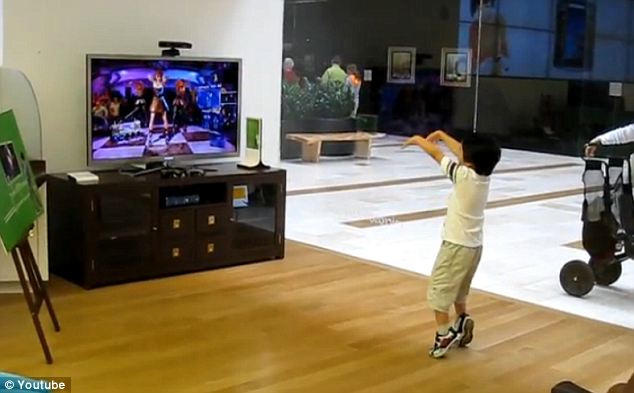 At the Microsoft store in Bellevue Square, Washington. too adorable! He was playing Disturbia on the HARD level. AMAZING! with over 1million on youtube.
Getting down to Rihanna’s fist pumping song Disturbia, the boy throws some tightly choreographed moves as he is filmed by amazed shoppers.