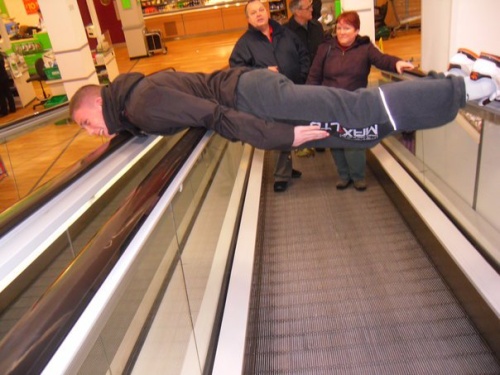 There are a number of crazy people performing so called “Planking” stunt and proudly sharing their photos over the popular social network Facebook. These dangerous act had lead to a recent death in Brisbane, Australia. According to Australia Police, Mr Acton Beale, 20, fell down from a seven storeys from a Brisbane apartment after attempting to plank on a balcony railing.

I’m sure there are many people out there who don’t know what planking is. Planking involves an individual lying on his or her stomach in an unusual or dangerous situation in places such as staircases, and even on railway tracks, who then sharing photos of the exploits on Facebook and other such social media sites.
In Australia, planking is quite popular and plankers lovers created a Facebook page dedicated to the practice. This page features hundreds of photos of people lying on train tracks, escalators, fire hydrants, motorbikes and many more. The group currently has more than 197,510 fans.