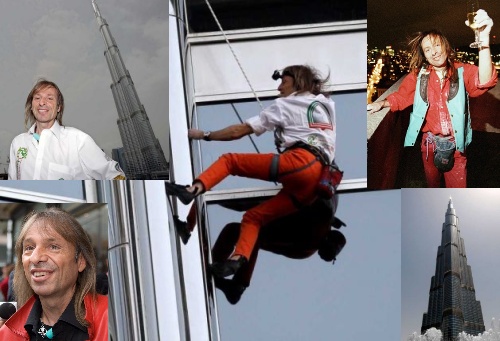 Alain Robert again appeared on headline news after he successfully climbed the tallest building in the world, Burj Khalifa in Dubai which stands  at 828-metres (2,717-feet) tall on 28th March, 2011 which took him 6 hours to complete his climbing.
Spiderman Alain uses his bare hands and climbing shoes, scaling more than 70 giant structures around the globe including many of the world’s tallest structures, including our very own Petronas Twins Tower on 20 March 2007. However, upon reaching the 60th floor, he allowed himself to be apprehended. He flew the Malaysian flag and drew applause from waiting police, fire crew, and media representatives before handing himself in. He was handcuffed and escorted off the premises before being driven to a police station. This is such a humiliation scene! 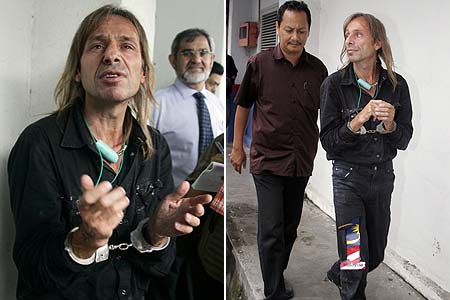 
Frenchman Robert said “There is huge pressure on me because I know that they have installed everything there; this is for me.