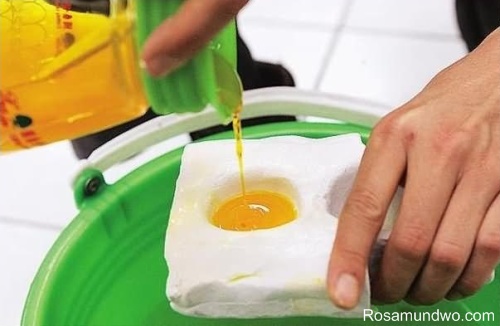 Fake eggs were sold in Penang Malaysia after a housewife lodged a complain with the Consumers Association of Penang (CAP).
According to CAP president S.M. Mohamed Idris, the housewife bought her eggs from Pulau Tikus and it smells differently from the normal real eggs. Fake eggs are slightly more bigger in size too and comes in weird shapes.
These so called counterfeit eggs or fake eggs had rougher surface and when it’s cracked open, more quickly mixed together. Fake eggs yolk appeared more yellowish in color compare to real eggs.
CAP alert buyers to be more careful in choosing eggs from now on.
This reminds me of IKEA Mutiara Damansara’s curry puff.. it taste weird and bouncy.. perhaps Ikea doesn’t know they had purchased fake eggs?
Moreover, these fake eggs are also much more expensive?!. A tray of  30 nos of eggs can cost about RM10.50 while fake ones are selling at RM11.
In another case, other fake food found in China are fake rice made out of plastic, fake meat from cardboard..
Check out these videos
Fake eggs from China