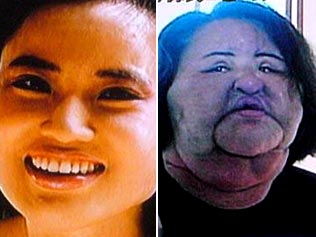 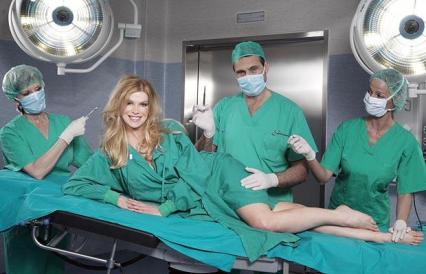 Does she look natural? How did someone who had undergone 50 over plastic surgery and still looking gorgeously natural. Cindy Jackson, aged 55 years old told the media about the whole process.
Cindy spent $100,000 on 52 different items including 14 full-scale operations, Botox, five facelifts, work on her upper and lower eyelids, knee liposuction and even injecting collagen into her hands to minimize her veins and tendons.
Jackson said, “I didn’t set out to break, to set a world record, it was never my ambition, it’s just that I had so much done,” and when told by reporter Nick Watt that she was messing with nature, she responded, “Nature messed with me, so I don’t have any problem messing with nature.”
Although Jackson has had so much done, she hardly looks like another Jocelyn Wildenstein or Amanda Lepore and Hang Mioku (South Korean model and singer).
Jocelyn Wildenstein Before and After Plastic Surgery 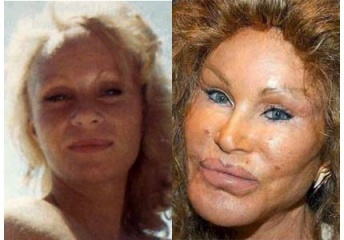 Amanda Lepore Before and After Surgery 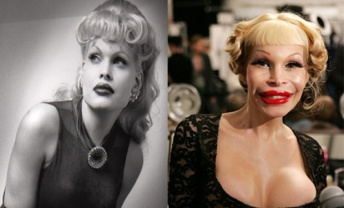 She explained, “For me, the best result is one that looks natural. I wouldn’t ever want anyone to stop and stare at me and say ‘that woman’s had a lot of surgery.’ I would never want to look like I’d had anything done.”
Jackson is now a plastic surgery advice & anti-ageing expert. According to her website, she’s done some modeling for Ivana Trump’s jewelry line and spends part of her time and income donating to her favorite charities, among them — Amnesty International, PETA and Children in Crisis.