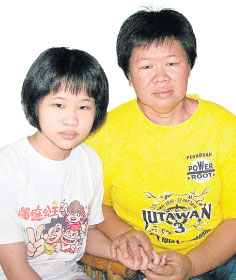 Do your children know what to do if a stranger tries to lure them away?
A school girl was nearly abducted and kidnap in Sungai Pelek when she was approached by a woman who claimed she was ordered by her mother to pick her up from school.
“Your mother told me to take you home.”
The girl suspect something fishy because she hardly know this woman, in her 30s. She went to the school office and made a call to her mother and later found out she was nearly abducted.
Teachers saw the woman had left the school compound while the little girl phoned her mother.
Parents and teachers should take precaution to ensure the safety of children
Source: China Press, Cari