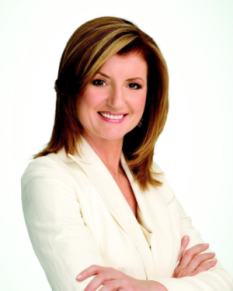 Effective tomorrow morning, we won’t be able to see TechCrunch.com again.. it has now renamed to HuffingtonCrunch.com as a result of AOL’s acquisition of Huffington Post for for $315 million dollars and Arianna Huffington’s appointment as Editor In Chief of the entire Internet AOL, while TechCrunch – the Silicon Valley technology news blog acquisition for $25 million


The Huffington Post is set to be sold to AOL, according to an announcement the site’s founder, Arianna Huffington, posted at one past midnight.
“By combining HuffPost with AOL’s network of sites, thriving video initiative, local focus, and international reach, we know we’ll be creating a company that can have an enormous impact, reaching a global audience on every imaginable platform,” she writes.
Armstrong states on TechCrunch (another AOL acquisition):

“Our only thing when we do acquisitions,” says Armstrong, “the price has to be fair, it has to fit the strategy, and the entreprenurs have to stay.”
Apart from TechCrunch renamed, Popeater.com will be renamed “GOPeater.com”, PoliticsDaily will become “PoliticsDailyKos” and Mapquest will be rebranded as “Keith Olbermann’s BEST MAPQUEST IN THE WORLD” and “Huffington Post Comedy” will now be called “Engadget”.
About TechCrunch.com
TechCrunch was founded on June 11, 2005 by Michael Arrington, is a network of technology-oriented blogs and other web properties.It’s a weblog dedicated to obsessively profiling and reviewing new Internet products and companies. In addition to covering new companies, they profile existing companies that are making an impact (commercial and/or cultural) on the new web space. TechCrunch has now grown into a network of technology focused sites offering a wide range of content and new media.
TechCrunch operates a global network of dedicated properties from Europe to Japan, as well as vertically-oriented websites, including MobileCrunch, CrunchGear, TechCrunchIT, GreenTech, TechCrunchTV and CrunchBase. The TechMeme Leaderboard ranks TechCrunch as the No. 1 source of breaking tech news online, followed by AOL’s Engadget.*
AOL acquisition of TechCrunch.com
On September 28, 2010 – San Francisco, CA, – AOL Inc. [NYSE: AOL] announced that it has agreed to acquire TechCrunch, Inc.

This acquisition is also part of AOL’s overall vision, seen with recent sites such as the hyperlocal Patch. According to PC Magazine:
“Our goals for 2011 included a massive expansion at the local level, launching on the global scene, starting with Brazil, and doing a lot more on the woman’s space,” she [Huffington] said. AOL will help accomplish that, particularly its localized Patch brand, which Huffington said will boost coverage during the 2012 elections.
AOL CEO Tim Armstrong and Huffington Post cofounder Arianna Huffington discuss the deal in this interview with Kara Swisher

Its a joke afterall from  (Source: TechCrunch.com)