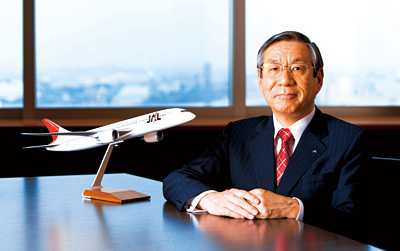 What makes a great leaders Here’s how Haruka Nishimatsu, CEO of Japan Airline (JAL) who sets a good example for his staffs after he was forced to cut his pay to save company’s cost and improved revenue and most important is to keep his people being employed.
In 2009, during the economic downturn, businesses were struggling to survive. A restructuring document was issued by Japan Airlines (JAL) contained the revelation that chief executive Haruka Nishimatsu had taken a 60% pay cut, giving him a base annual salary of just ¥9.6 million (or $80,000). In fact, he has slashed his wage so much that he earns less than his pilots.
Nishimatsu believes that solutions to the global economic crisis must also begin with tighter regulation and cost cutting. He explained that JAL can use every penny it saves.
He took a big leap by implementing these changes in his company:

He also added by doing so, he felt a leader should stay together with his followers in good times as well as in bad times. “If management is distant, up in the clouds, people just wait for orders…I want my people to think for themselves.” And if his employee came up with a great idea, simply approach him in the cafeteria where he eats with the rest of his co-workers and there isn’t a need to schedule an appointment with him. Nishimatsu says a CEO doesn’t feels motivated by how many millions he makes unless he’s convinced his employees will stay together and drove his company as a part of them.
Nishimatsu delivered a great example for his employees who not only knows how to run a company but who constantly motivate them to take initiative by giving them a sense of ownership.