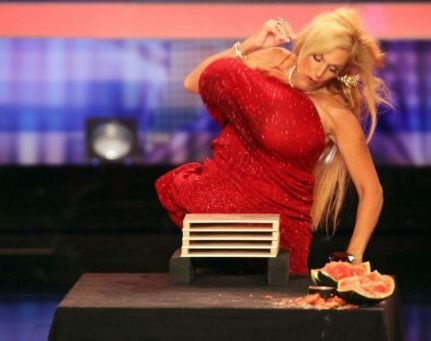 Woman Smashing Watermelon & Beer Cans With Her Boobs [Germany’s Got Talent] 2010
She’s got talent and beauty, take a look at Busty Heart real name Susan Sykes- big-busty model and a stripper. She’s not only capable of standing upright despite having 46H boobs – she can actually karate with them. 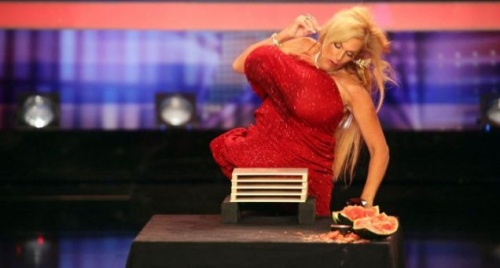 Busty amazed viewers on Germany’s Got Talent by using her big breast to chop planks of wood, crush beer cans and smash watermelons.
Busty’s powers are so incredible that she was once branded a national threat in America. This followed the death of a viewer who had suffered a heart attack whilst watching her on telly.

2 thoughts on “Smash watermelon with breast”