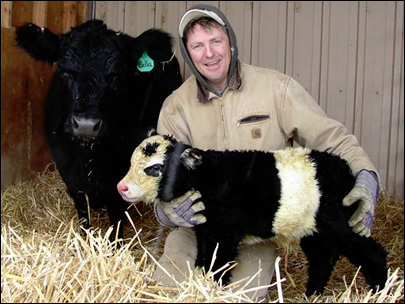 Cuddly and cute looking panda cow was born on New Year’s Eve in Colorado farm, result from genetic manipulation programme by Richard Gradwohl, a farmer in Covington, Washington. The breed of cow is referred to as panda cow, because of it’s unusual black and white markings similar to a panda bear. 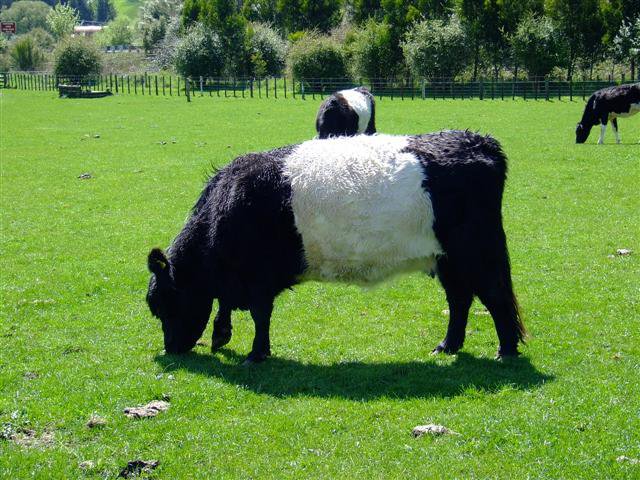 The male panda cow has joined the list of about 24 miniature cows in the world born with the same markings. Mother of the panda cow, who has been named after the farmer’s brother also born on New Year’s Eve, is a lowline angus cow. According to owner Chris Jessen, the panda cow is not going to be served in dinner plates, as it has been bred as a pet. 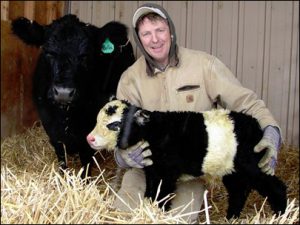 The calf, named Ben,  will fetch a high price with an estimated selling price of $30,000:
According to Ben’s owner Chris Jessen , “The plan is to sell him, and yes we hope there’s a big demand . There’s not a huge demand for pet cows, but I think it’s growing in popularity.”