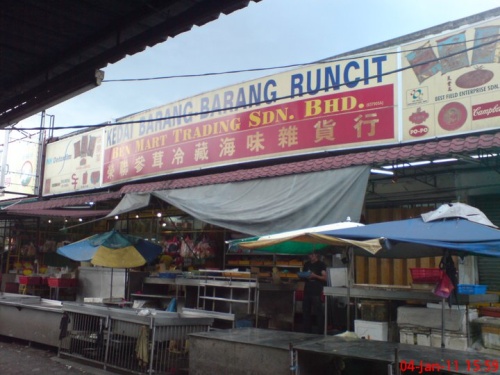 Foong Sau Yoong, went to Kepong Baru Satellite city wet market at 9 am to purchase her Lunar New Year grocery but never thought she was so unlucky that day. While she was at Ben Mart Trading Sdn Bhd to purchase some chinese preserved duck she was accused of stealing and slapped several times on her cheek by Winnie Wong, person in charge of this shop.
A Bangladeshi staff at this shop told her to pay for her stuff at the other counter and off she went to the other side to pay for her stuff. While waiting for the cashier at the counter helping other customer packing things, she proceed to look for potatoes Then, another staff ask her to pay dry stuff at the other side. Then she went up the office upstair. Her in law asked why pay here. The person incharge later accused her as theft and ask her to admit and pay RM1000. Winnie wong snatched her AtM card and wallet and ask her to take money from atm. Then winnie slapped her face and called her a “theft woman” and ask her to eat noodle rather than preserved duck.
She then slap her several times on the face. 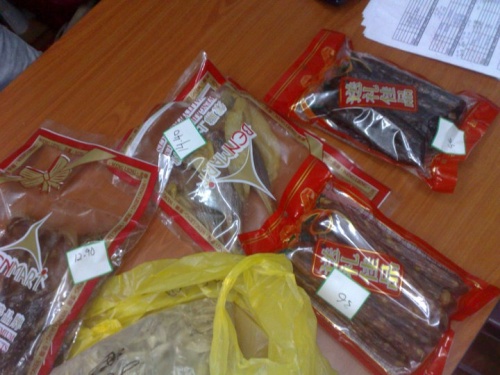 The son saw her purchases on the table, preserved duck. They calculated and it’s about RM108 only. The woman ask them to pay her RM1000 per purchase! She told them their rule is that compensation is 10 times the goods!
There is a CCTV in the shop but Winnie forbid them from replaying the recorded video claiming they do not have it. She added that there is physical evidence – their Bangladesh staff.
The pity old lady is 60 years old 150cm, 46kg. And Winnie stands about 168cm, 60kg, around 35 years old slapping an old lady until her gums bleed and neck sprained. 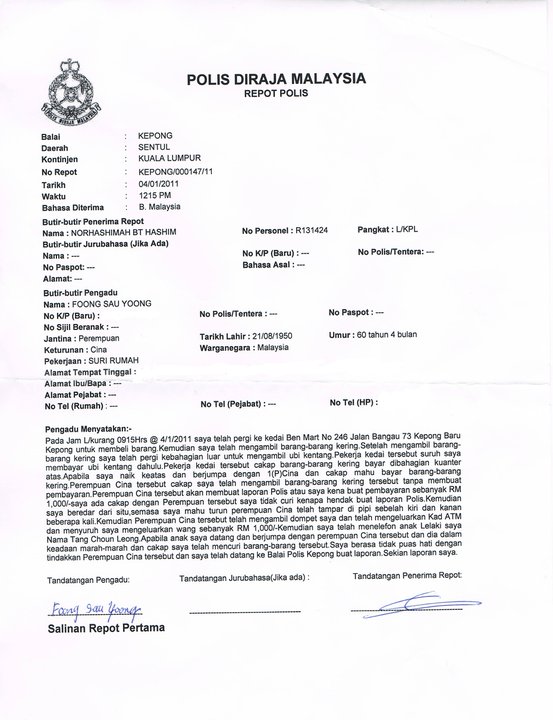 There is no logic to this situation, if she want to steal why not put into her shopping bag and leave at once, and why later she went to look for potatoes and why is she holding money in her hand.
source: Facebook