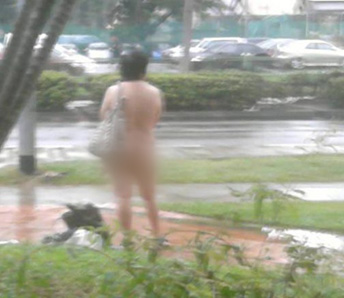 A MIDDLE-AGED woman has been arrested after boarding a bus naked – the latest in a string of such incidents.
The Chinese woman in her 50s turned up at a bus stop in Ubi wearing a black blouse and pair of black pants, Lianhe Wanbao reported. 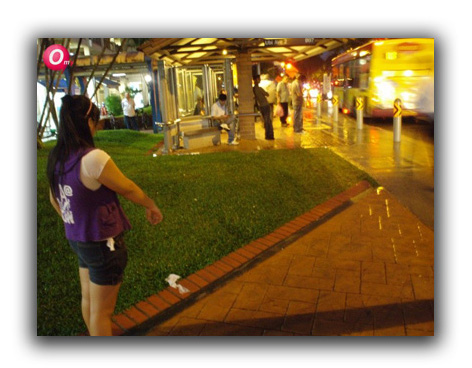 She slowly stripped, putting her clothes into a large handbag she was carrying. 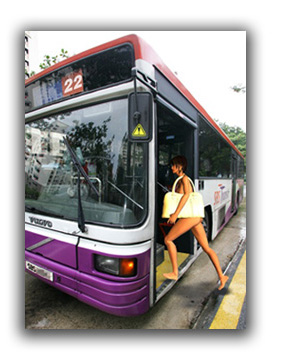 Several minutes later, the number 22 bus ferrying more than 20 passengers reportedly arrived at the bus stop next to Block 302 in Ubi Avenue 1.
The woman boarded it and made her way to the back.
The bus driver is said to have promptly stopped the bus, ordered the male passengers to the front and women to the back, where they could help shield the woman.
A female passenger used a sweater to cover the woman, who did not speakthroughout the incident.
Two squad cars arrived soon after, and officers arrested the woman. Police confirmed the arrest, which happened on Wednesday evening.
The woman is believed to be mentally ill. Investigations are ongoing.
A spokesman for the bus company, Comfort DelGro, said that in such situations its drivers will contact the firm’s operations control centre and the police.
They will also ‘attempt to offer some coverings like their jackets for the person’s modesty’.
Over the last five years, police have seen a slow but steady rise in the number of reports of people parading around nude in public, with this year set to break records.
In the first six months of the year, there have been 105 such incidents – one every other day.
On Sunday morning, a naked man tried to buy coffee at a McDonald’s outlet in Queensway.

Last Thursday, another man sat naked for hours near an Housing Board block in Ang Mo Kio.
Those arrested and who are believed to be mentally ill are usually referred to the Institute of Mental Health for psychiatric assessment, The Straits Times understands.
Anyone found guilty of being nude in public, or in a private location, but visible to those outside, faces a fine of up to $2,000 and up to three months in jail.