Have you all get the latest update Yahoo is shutting down delicious and as well as other products MyBlogLog, Yahoo Picks, AltaVista, Yahoo Bookmarks and Yahoo Buzz.
Techcrunch confirmed this 5 hours ago and now I have to find another replacement for all my bookmarks in delicious.
It seems that Yahoo had layout the entire team of Delicious! Wonder why they have to layout all of them weeks before Christmas? Such a cruel way to cut employee especially when it’s the month of Christmas.  Do they really have compassion for their employees? I doubt so.
Read the Carol Bartz’s Internal Layoff Memo to Beleaguered Yahoo Troops
Based on the “leaked” Yahoo’s product team meeting slide, there are going to be some merging or closing down few of their sites: 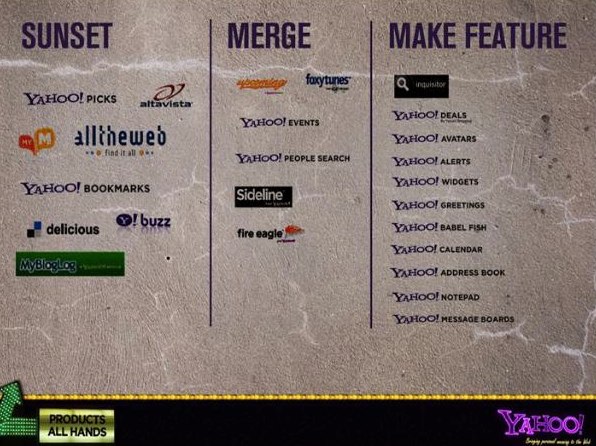 Above: A leaked slide from the internal deck shown today at Yahoo, listing a host of services Yahoo will sunset, merge or turn into features of other services. Source:PCWorld

Listed under the ominous “Sunset” are: Delicious, Altavista, MyBlogLog, Yahoo! Bookmarks, Yahoo! Picks
Under “Merge” are: Upcoming, FoxyTunes, Sideline, FireEagle, Yahoo Events and Yahoo People Search.
It also looks like sundry Yahoo properties like Yahoo Deals and Yahoo Calendar will be made into features.
Let us see what Joshua Schachter, the founder of Delicious have his say about this in his tweets:

Delicious Alternative bookmarks
They found the person responsible for the leaked slide
Eric Marcoullier
The news first came out via a screenshot of the Webcast posted on Twitter by Eric Marcoullier that includes a slide with a list of impacted products next to an image of Levinsohn and Irving announcing the news. Marcoullier was founder of MyBlogLog, which created one of the products being shut down. (MyBlogLog was bought by Yahoo in 2007 and has been pretty much neglected ever since.)
Marcoullier is no longer at Yahoo, though the validity of his Webcast screenshot was confirmed when he was quickly criticized on Twitter by various current Yahoo employees who didn’t appreciate it getting out, including Irving himself, who insinuated he would fire whoever leaked the Webcast. 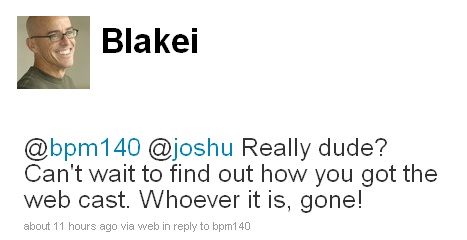