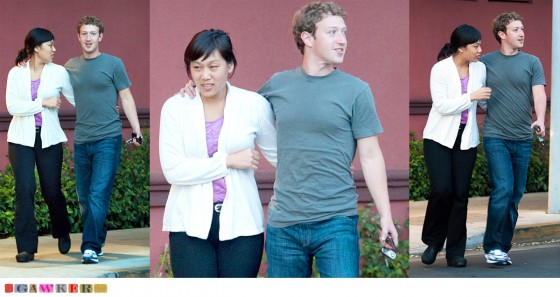 Mark Zuckerberg girlfriend is a chinese?! Why all the gwailo favors chinese gals..
It’s confirmed Priscilla Chan is Facebook founder and CEO ,Mark Zuckerberg’s girlfriend.And everyone is searching for them on the internet.

It’s also reported that she is one of Facebook’s employee and was in fact offered by Mark himself to work with the company in 2005.
The first meeting of the two was even part of the Crimson Story which talks about how Zuckerberg approached some of his computer science professors and asked them to recommend students who might be a good fit to work at Facebook.
“Hey Priscilla, do you want a job at the facebook?” Zuckerberg asked a passing friend. “I’d love a job at facebook,” Priscilla Chan ‘07 responded, offering him a Twizzler.
Today, Zuckerberg’s girlfriend Priscilla is reported to play an active role in the Facebook business, and has stood with him through all of the lawsuits, fame, press inquiries, and keeping their relationship healthy.
Watch out for the whole story of Facebook and how it started in the movie “The Social Network” which premieres October 3.

The founder and CEO of Facebook has a Chinese girlfriend; China is definitely rising!
Zuckerberg has an ethnic Chinese girlfriend and is learning putonghua — is this to facilitate the march of Facebook into China? Simultaneously the world’s youngest billionaire as well as the founder and CEO of Facebook, Mark Zuckerberg and his girlfriend have been photographed while taking a stroll. This year Zuckerberg is only 26 years old, but he possesses a 24% share in Facebook stock and has a networth of 4 billion USD. He is currently studying putonghua. His girlfriend of Chinese descent, Priscilla Chan, is a Facebook employee.
In Beijing on September 3rd during the afternoon news it was broadcast that according to a foreign media outlet, The Huffington Post, the famous news journalist Jose Vargas is currently writing a detailed biography about Zuckerberg, the CEO of Facebook; moreover, it is probable he will reveal even more of his love life.
What the public understands from this is that 26 year old Zuckerman’s love life mainly involves Priscilla Chan, a medical student with delicate and pretty features. Zuckerberg met her at Harvard University, and afterward persuaded her to come to California.
Zuckerberg once said:”That is all imaginary, that idea that I created Facebook in order to get girls. The fact is, from before the time I created Facebook to right now, I have always been dating the same girl.”
However, regarding this question in particular Zuckerberg has told a lie, probably to avoid external media outlets from discovering the truth. In his new book “The Facebook Effect” finance reporter David Kirkpatrick reveals that during a temporary break-up with Priscilla Chan, Zuckerberg once dated a student from the University of California Berkeley.
While Priscilla Chan was still attending Harvard University, Zuckerberg was in Palo Alto, California running Facebook. During this time, he had dated the aforementioned student from Berkeley, even purchasing a brand new black Infinti car that he named “Warthog”.
According to this leak, in order to write this biography Vargas was permitted to enter Zuckerberg’s private inner social circle, and consequently it is probable that in this biography further information about Zuckerberg’s mysterious previous girlfriend will be revealed.
Other sources:
Mark Zuckerbergs age of privacy is over – Gawker