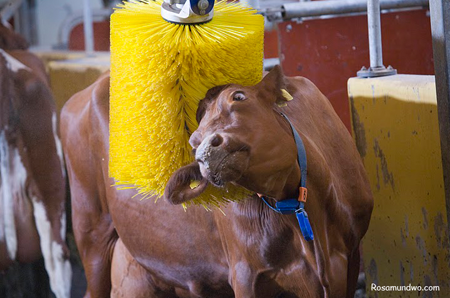 DeLaval has sold 30 000 equipment in Sweden. This company noted that cows that are brushed are healthier and more productive.
DeLaval, a swedish company sells a kind of “car wash” for cows. Sounds funny, but according to report in British newspaper the Daily Mail, washing does increase milk production because it increased milk production due to improving the cows blood circulation, stops the spread of disease and makes the cow happier.
“Happy cows makes more milk” 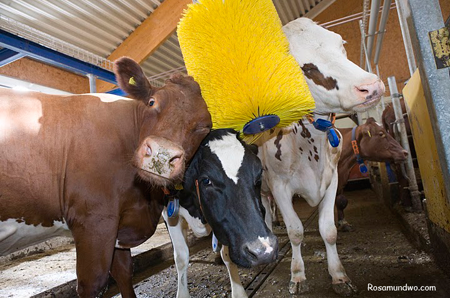 According to the spokesman of the company, said the cows enjoy the sensation of being brushed and it can boost milk production by 3.5 percent. He said: ‘The swinging cow brush is a self-grooming device that keeps cows happier, healthier and more productive.”
The “DeLaval has sold 30 000 facilities in Sweden and now plans to market the product in the UK.
Watch the cow having fun with “cow brush”