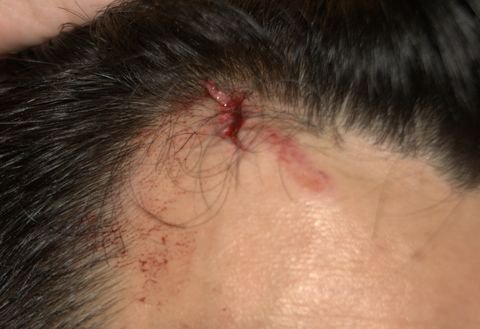 PETALING JAYA: About 10 Malay youths allegedly attacked two friends and told them to go back to their country of origin. Lau Chee Kin, 27, and his friend Kow Chiang Ming, 24, were beaten up as they were walking towards the KLCC shopping centre in Kuala Lumpur to witness the Merdeka eve fireworks. 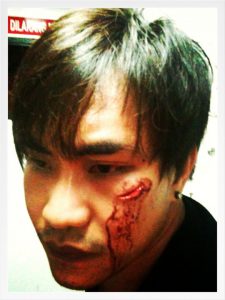 Lau, who related the incident in his Facebook, said he and his friend were walking along Jalan Kia Peng when they were suddenly set upon by the Malay teenagers.
In his entry entitled “It happened to me, it could happen to you”, Lau said the group of about 10 youths jumped on them after the two walked past them.
“One of them made a flying kick at my friend,” he said, adding that it was done without provocation.
“It was so sudden,” he said. “All I was thinking at the moment was, ‘What did we do to them?'”
He said that the rest of the group joined in the “fun” and proceeded to beat them up until they fell. The attack stopped only when one of the attackers punched Lau so hard that it cut the right side of his forehead.
At that point, the youths walked away and told the two victims to go back to their country of country.
Call for immediate probe
Lau and his friend then tried to get help from a police booth near the Pavilion Kuala Lumpur shopping centre.
Instead of helping them, the police officer on duty allegedly told them, “This cannot happen. We have all our men on the streets.” 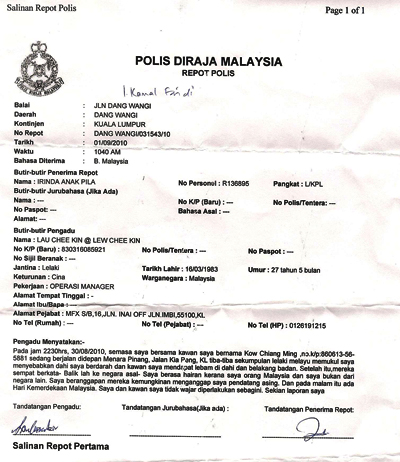 The officer also told them that visiting the booth did not amount to making a police report. Lau and his friend were advised to go to a hospital.
“Is this how the police maintain that they have reduced street crime?” Lau asked, adding that he was not able to identify his attackers at the time.
“Would we have been taken seriously if we ended up in the hospital?” he asked. He said they rested until morning and later visited a clinic.
When contacted by FMT, Lau said took a swipe at the 1Malaysia concept.
“It is wrong to say that we are all patriotic and everyone is following the 1Malaysia concept of togetherness when our teens are portraying the opposite,” he said.
He also questioned the usefulness of the Pavilion police booth. “What is the function of all these booths if reports must be done at the main police station?” he asked.
Meanwhile, Kampung Tunku DAP state assemblyman Lau Weng San urged the authorities to investigate the alleged racist attack .
“I call on the police and the government to launch an immediate probe,” Weng San told FMT.
“First verify the report. If it is true, investigate… the insensitivity of the policemen on duty at the Pavilion booth that night.”
“If the incident is true, it would be another sad episode in our nation-building history,” said.

Where is our 1 Malaysia? 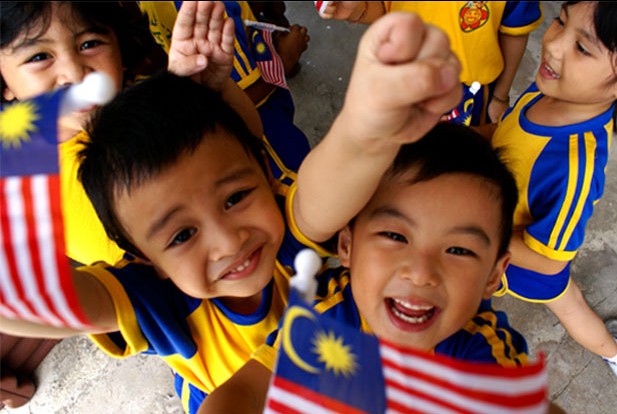