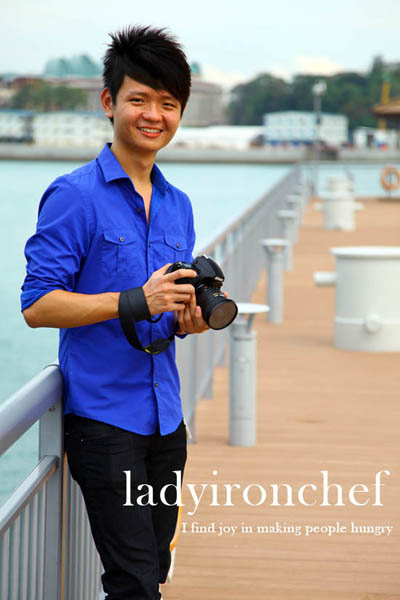 As a food blogger, you might come across a situation where you’re given or invited for a free meal treat. I was invited for free meal at a luxury restaurant in KL.  But for this particular food blogger who are not invited for a free treat but demand for a free food, it’s outrageously a disgrace to food blogging communities.
** Why i strike off these sentences, because he’s innocent. Scroll down and you will know why
Today his story appears in the main page of Yahoo Singapore 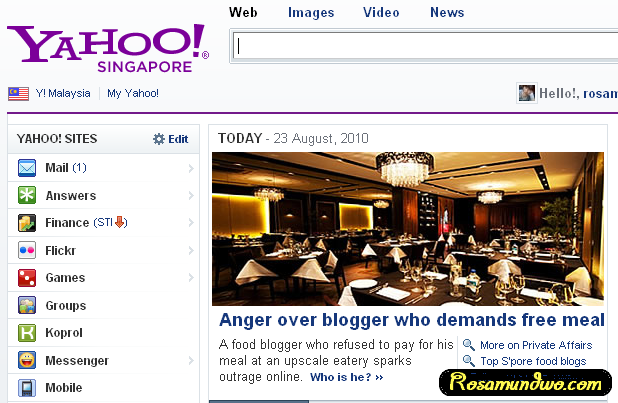 Photo of Brad Lau from LIC

A young food blogger who demanded that he and his three companions be given free meals at an upscale restaurant in the Joo Chiat area has sparked a huge furore online.
The group of four had walked into Private Affairs, a small but exclusive eatery in Joo Chiat, for its Sunday champagne brunch promotion that costs S$68++ per person. 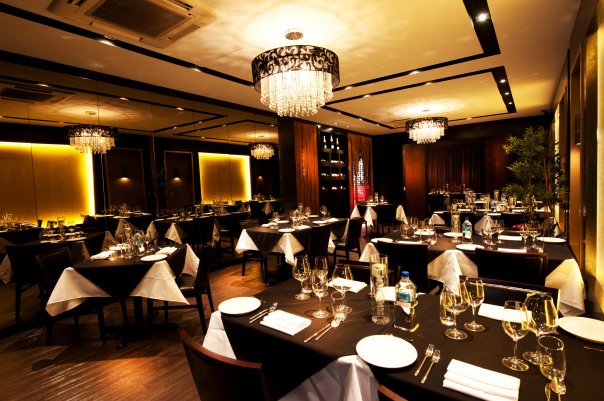 Photo credit Yahoo Singapore
The blogger in question, Brad Lau, who runs a food blog called ladyironchef, had informed the management on Friday that he would be coming down to review the Sunday Brunch promotion.
On the day itself, he and his partner came down at about 130pm, followed by his two other companions, each of whom came down half an hour apart.
According to Private Affairs’ operations director Ross Valentine, the four of them had brunch until 430pm, even when the restaurant’s official brunch hours was from 1130 am to 330pm. Brad and his partner also enjoyed two glasses of champagne each.
When presented with the final bill of $435, the blogger initially refused to pay and repeatedly told the restaurant’s chef, “I never pay for food in any restaurant.”
The restaurant eventually offered to waive off the cost of the meal for him and his partner as well as the cost of the champagne out of goodwill, thus lowering the bill to $159.
Still upset but finally relenting to pay, the blogger then threw his credit card onto the bar counter in front of the cashier before storming out.
Valentine told Yahoo! Singapore, ”This blogger looked very aggressive and was quite arrogant. The fact that he also walked in with his friends at staggered timings created quite a bit of problems for my chef de cuisine, who has to prepare and present his food at just the right times.”
“We decided to waive off the meal and champagne cost for him and his partner out of goodwill. But when we asked him when the review of the meal would be coming out, he said he was not obliged to write anything if the food wasn’t good enough,” he added.
Yahoo! Singapore emailed Brad Lau for his reaction but he has yet to a reply.
The incident, however, has enraged the local food blogging community.
Glenn Lee, who runs popular food blog Hungryepicurean.com since late last year, posted an open letter criticising the blogger’s behaviour for “tarnishing the good name of the community.”
Lee, 22, told Yahoo! Singapore, “We are food bloggers and I’m pretty sure the intentions of all of us in the community is to share the love that we have for food and writing.”
“But what this certain blogger has done is highly detrimental to the integrity of the community as a whole and I felt the need to stand up for what I strongly believe in,” he said.
Kaelyn Ong, 22, who posted an entry entitled ”STOP asking for free food” on her food blog, My Food Sirens II, also expressed her disgust.
“I’m surprised. It’s beyond my understanding how someone can actually request for a free meal on the house just because he’s a food blogger,” she told Yahoo! Singapore.
“Anyone can be a food blogger these days, all it takes is a camera and a blog… does that mean restaurants have to sponsor everyone for their meals?” she added.
She also apologised to restaurants on behalf of the food blogging community and said ”not all of us are such bad eggs”.
Cheryl Chia, who has a food and baking blog, cocoabutterscotch, was also appalled.
“I find it shameful. Demanding for free food on account of your supposed “status” as a person who blogs about food is not acceptable,” the 26-year-old said.
Renowned food expert KF Seetoh, who runs the popular makansutra.com, said the blogger in question lost his integrity by refusing to pay.
“The best position is to be invisible, pay for your own food. When you pay for your own food, you don’t take any prisoners when you write,” he said.
But what if the restaurant offers to give bloggers a free meal?
“Then I won’t write about your restaurant. Even if they offer me 50% off the total bill, and if I write about it, they will take my review with a 50% pinch of salt. Some of them, after eating, they call the chef out and ask him to change this and that on the menu. Some would then say, let me do a consultancy role for you. You do what I say and I write nice things.
“My stand is, be neutral. I pay, I say and then I rate,” he concluded.
**Since this post was first published at close to 130pm, Brad Lau’s blog, ladyironchef, has been suspended. Attempts to contact the blogger have still proven unsuccessful.
Take a look at his website traffic, not bad at all.

Well brad, this is not an excuse to demand for a free lunch..
*****Update: Aug 24,2010
Today, Brad personally posted on his website with email  as evidence and denied all the accusation about him which had been circulating on the internet.
It’s so not ethical for such a luxury restaurant to accuse Brad, shame on that restaurant. That manager should at least indicate clearly that the rest of his friends won’t be treated free meals.
Here’s the link http://www.ladyironchef.com/2010/08/24/truth/
And here’s Yahoo Singapore link
Under-fire food blogger: It’s a case of miscommunication
*****Update: Aug 25,2010