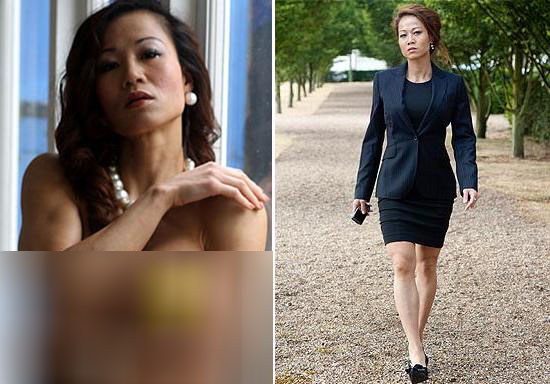 A former banker Henrietta Leung, 39 year old British female from Kingston, South West London used to drew a £120,000-a-year for 16-hour days working for nine years at HSBC’s investment banking arm.
After she was laid off from Credit Suisse (before which she was at HSBC), Leung decided to try nude modeling.
Her success didn’t come easy. At first, she posed naked about 30 times and only made £500 total (£100-a-time, 5 times).

But she didn’t want to stop. “I love the work,” she says. So she started body-building, and that’s when the real money started coming in. “
Posing for “very edgy shots” taken with a male model, Hong Kong-born Henrietta Leung says she makes £500 a day. That’s easily almost £200,000 per year.
Plus, she also participates in bodybuilding and fitness modelling competitions, which will also bring in extra money.
Source: thesun.co.uk