Licensing restrictions is really annoying. For this particular reason, i can’t access Live KISS FM radio station anymore. Sad case, and i’ve started to like this stations after i’ve listened to it for a few times, 3-4 weeks ago when it was not blocked in Malaysia.
I’ve even email to Ryan Seacrest and no reply from him so far. For those who don’t know, Ryan Seacrest, is the host of On Air with Ryan Seacrest, a nationally syndicated Top 40 radio show that airs on KIIS-FM in Los Angeles and throughout the United States and Canada on Premiere Radio Networks, and the internationally syndicated chart show American Top 40, also syndicated by Premiere Radio Networks. On television, Seacrest hosts E! News, and American Idol. 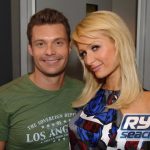