Google doodle celebrates Pacman 30th anniversary today by setting it’s main homepage with pacman game.
In 1980, Pac-Man craze was at its most intense, with machines lurking in every nook from Hong Kong noodle shops to P&O cross-Channel ferries, Iwatani’s name conjured a sense of global mystery and intrigue
Iwatani’s creation started exactly 26½ years ago when he was only 24-year-old, a Namco programmer strolled into a now demolished restaurant in central Tokyo, called Shakeys. It was here that he ordered the marguerita pizza that, with one slice removed, provided the visual inspiration for Pac-Man’s famous profile. 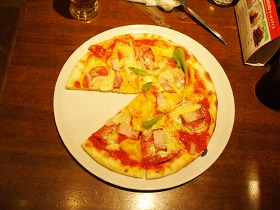 Iwatani says :
“The whole thing actually started with me walking around games arcades watching how many boys were playing and the fact that all the machines were about killing aliens, tanks or people. Girls were simply not interested, and I suddenly had a motivation for my work: I wanted game centres to shed this rather dark, sinister image, and it seemed to me that the way to raise the atmosphere of a place is to entice girls to come in.
“The whole purpose of Pac-Man was to target women and couples, and get a different type of player involved.”
What the gals are interested in….
“So there I was, wondering what sort of things women would look for in a video game. I sat in cafés and listened to what they were talking about: mostly it was fashion and boyfriends. Neither of those was really the stuff of a good video game. Then they started talking about food — about cakes and sweets and fruit — and it hit me: that food and eating would be the thing to concentrate on to get the girls interested.”

The four ghosts…
After many experiments, he came up with Pac-Man chomping his way through food placed around a maze, and being chased by ghosts. The four ghosts — Blinky, Pinky, Inky and Clyde, as they were known outside Japan — were based on Obake no Q-Taro, a famous cartoon ghost, which Iwatani sketches for us on a scrap of paper.
And his ideas was a success when Pac-Man became one of the first arcade games to appeal a large audience of both sexes.
Within 15 months of the game’s debut, Americans had spent more than a billion dollars in quarters to play it.
Just click on “insert coin” and play the game.
How to set multiplayer on Google Pac-man
Click on “Insert Coin” twice 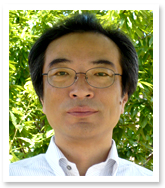 Toru Iwatani created Pacman. He currently writes for the series though no recent Pacman games have been released. He was born in 1955 in a small town in Kyoto, Japan. He invented Pacman when he ordered a pizza. After the first quarter was gone, it appeared as Pacman with his mouth open as seen in the original arcade game. Pacman is still famous and all credit goes to Iwatani.
Read more in Wiki http://en.wikipedia.org/wiki/T%C5%8Dru_Iwatani 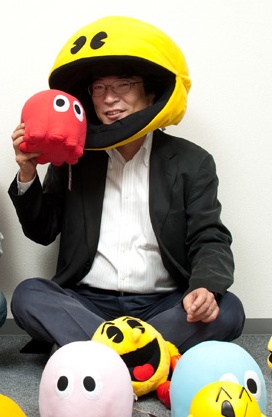 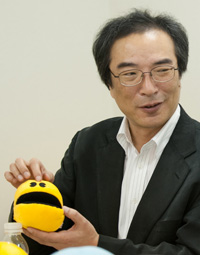