It’s the 12th suicide case at Taiwanese technology giant Foxconn, company’s plant in southern China where an employee fell to his death yesterday.
This raised questions about their working conditions inside the factory especially where labour activists say long hours, low pay and high pressure.
The suicide occured on the same day as Foxconn showed off a motherboard factory, swimming pool and a hotline centre for workers with emotional problems as the giant company – maker of iPods and other popular gadgets – tried to repair an image damaged by the suicides.
Terry Gou, chaiman repeated apologised for the 10th deaths this year and told reporters the firm would do everything possible to prevent more suicides. 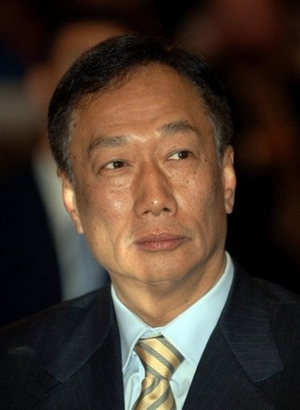 Terry Guo, founder of the Foxconn. 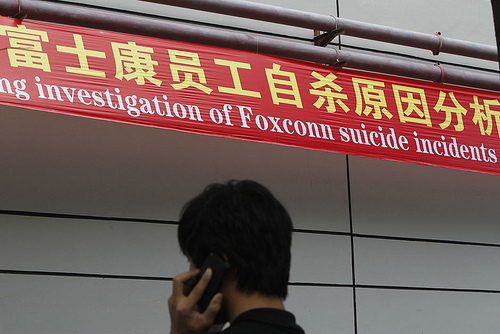 Their solutions is to install nets on buildings to stop people from jumping, and about 100 mental health counsellors were being trained.
“We need some time,” he said. “But we are confident. We are extremely determined.”
Gou said he has been having trouble sleeping at night because of the suicides, the latest one reported on Tuesday when a 19-year-old man jumped from a building after working at the plant for about a month.
The Foxconn head also said he dreads the sound of his own phone ringing after work hours because he’s afraid it will be news of another death.
Foxconn was trying to address allegations from labour groups that the workers were killing themselves because of hellish conditions in the factories, which churn out iPhones, Dell computers, Nokia mobile phones and many other big-selling electronics.
Critics allege that Foxconn manages its plants with a strict military approach and workers must work too much overtime on assembly lines that move too fast. 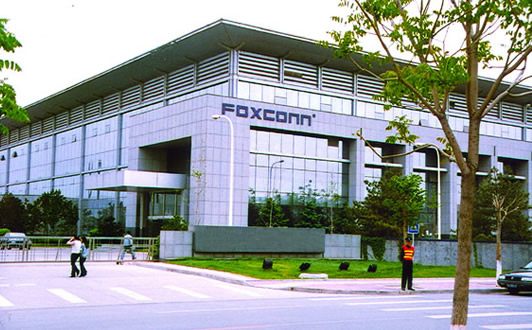 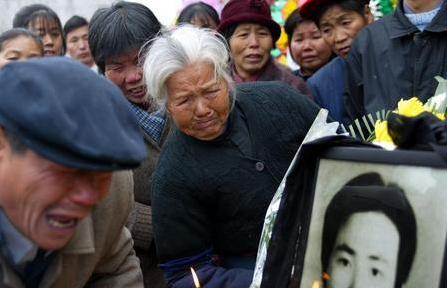 Here are the SMS records between Sun Yandong and his girlfriend.

She: When will you be back?
He: I don’t know.  The supervisor is still investigating.  I also want to find out where the problem was.
She;  Good.  No need to hurry.  It is better to investigate thoroughly.  I will wait for you to have dinner.
She: They are not letting you go?
He: Don’t contact me.
She: Are you coming back tonight?
He: Don’t know.  Don’t ask.
She: Wooooo … I am worried about you!  I will wait for you to come back.  You must be strong.
He: Dear, I am sorry.  Go back home tomorrow.  I am in trouble.  Please do not tell my family at any cost.  Please do not contact me.  This is the first time that I have ever begged you for anything.  Please promise me!  I am really sorry about you!  (01:48 on July 16) 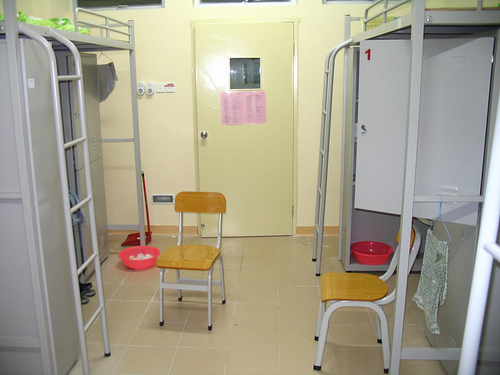 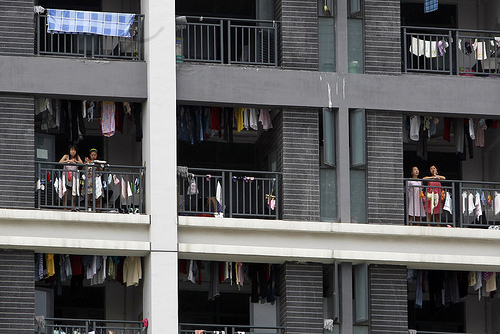 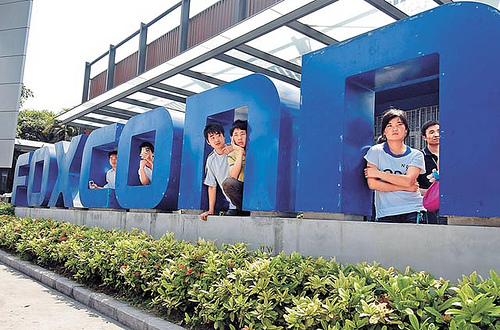 Workers stand at the gate of a Foxconn factory in the township of Longhua in Shenzhen, Guangdong province May 26, 2010. A spate of nine employee deaths at global contract electronics manufacturer Foxconn, Apple’s main supplier of iPhones, has cast a spotlight on some of the harsher aspects of blue-collar life on the Chinese factory floor. 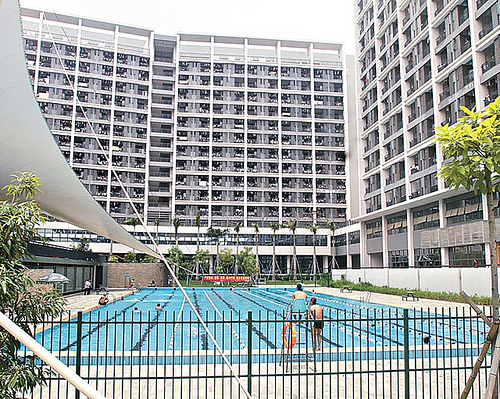 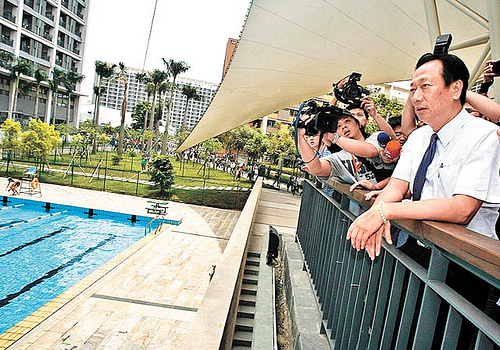 Taiwanese tycoon Terry Gou, founder of Foxconn, visits a residential complex for high-ranking workers at a Foxconn factory in the township of Longhua in the southern Guangdong province May 26, 2010. A spate of nine employee deaths at global contract electronics manufacturer Foxconn, Apple’s main supplier of iPhones, has cast a spotlight on some of the harsher aspects of blue-collar life on the Chinese factory floor. REUTERS/Bobby Yip (CHINA – Tags: BUSINESS EMPLOYMENT) 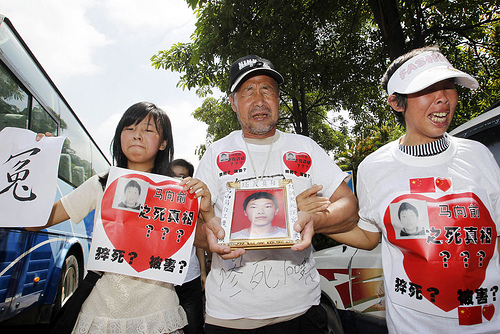 Victim’s Family
Undercover Chinese reporter exposes Foxconn working conditions
(update: full English translation)
Some time in April, Chinese news site Southern Weekend sent its intern, Liu Zhiyi, on a 28-day undercover mission at Foxconn’s Shenzhen factory, as part of an investigation on what could’ve led to this year’s numerous suicides in one of China’s largest factories. While the report doesn’t comment on the company’s management and support networks (or the lack of) for front-line workers, it appears that the real problem lies in Chinese workers’ definition of a “good factory” — one that pays more by means of offering overtime hours. It’s clear what’s causing this perception — there’s the sub-standard minimum wage in Shenzhen, and then there are the companies abusing this fact to lure workers with overtime hours above the legal limit.


Below are some highlights from the report:

“Foxconn only recruits people around the age of 20. In comparison, being just under 23 years old, I was quickly brought into Foxconn.”
“Their most sumptuous day is the 10th each month — pay day. That day, all the ATMs and themed restaurants are packed with long lines, and consequently the ATMs are often drawn empty. The salary’s made up of the ¥900 ($132) local minimum wage and the variable overtime pay.”
“Each employee would sign a ‘voluntary overtime affidavit,’ in order to waive the 36-hour legal limit on your monthly overtime hours. This isn’t a bad thing, though, as many workers think that only factories that offer more overtime are ‘good factories,’ because ‘without overtime, you can hardly make a living.'”
“When talking about their colleagues’ suicidal jumps, there was often a surprisingly calm reaction, and sometimes even a banter would be made about it, as if they were all outsiders.”
“If you ask the workers what their dream is, you’ll often get the same answer: start a business, make money, get rich, and then you can do whatever you want. In the warehouse, they humorously name their hydraulic trolleys ‘BMWs.’ They, of course, would rather own actual BMWs, or at least ‘BMW’ kind of wealth.”
“The employees work, walk and eat at this [factory machineries’] beat, so no wonder I was walking so fast, eating so quickly without anyone hurrying me, even though it didn’t feel good. You’re like a component that’s entered the assembly line, just following the rhythm, belonging to that heartbeat at 4am, no way to escape.”
“This super factory that holds some 400,000 people isn’t the ‘sweatshop’ that most would imagine. It provides accommodation that reaches the scale of a medium-sized town, all smooth and orderly.”

The stark reality of iPod’s Chinese factories
‘The job here is so-so,’ Zang Lan says. ‘We have to work too hard and I am always tired. It’s like being in the army. They make us stand still for hours. If we move we are punished by being made to stand still for longer.
The boys are made to do push-ups.’ Every morning the workers, in beige jackets to denote their junior status, are taken up to the factory roof for a military-style drill.
‘We have to work overtime if we are told to and can only go back to the dormitories when our boss gives us permission,’ says Zang Lan. ‘If they ask for overtime we must do it.
Read more: http://www.dailymail.co.uk/news/article-401234/The-stark-reality-iPods-Chinese-factories.html#ixzz0p75E10Uy
Labor harsh working conditions not only in Apple factory but also in China factory where Microsoft outsources 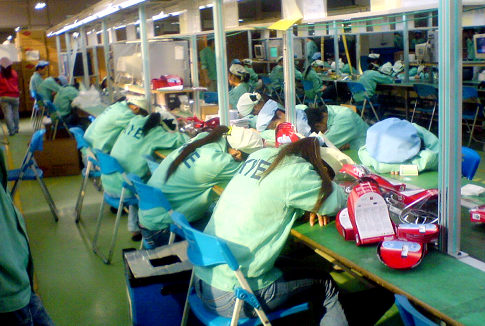 Photos of female workers, their heads resting in their arms, were smuggled out of the KYE Systems factory at Dongguan, China.

Workers say they struggle to put together mouse after mouse in overheated factories, where the temperature reaches 86 degrees during the summer. Fourteen workers share a dorm-like room with bunk beds.
A “shower” consists of a bucket and sponge. The report alleges the workers are paid 65 cents an hour — 55 cents an hour after deductions for factory food.
Female employees say that they are constantly sexually harassed by security guards and are forbidden to talk, listen to music or go to the bathroom during official working hours.
Very few of these young women continue on at KYE after six months due to harsh conditions and 15-hour days. 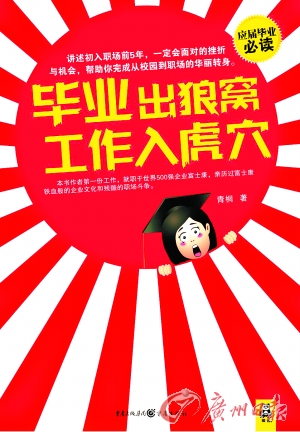 Qing Tong, Ex-manager of Foxconn Product-line who quit in 2008. She published a book this year describing her three-year life at the company.She said everything in her life, including her husband and child, had to defer to her work at Foxconn.She had to work 13 days in a row to get one day off, and if she wanted to ask for leave for one day, she had to apply two weeks earlier. “All my life was about work, work and work,” she told Shanghai Evening News.
Source