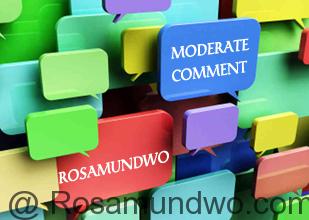 After receiving several abusive comments from (you know who you are), bloggers should moderate your blog’s comments from those netizens who will simply comments just to ticks bloggers off. This action is the same as accusing and condemning reputation of someone’s blog.
I am pretty sure most of us (bloggers) had experienced this situation before. Some have choose to moderate comments before it can appear publicly. Majority of abusive commentors will use fake emails, these people are irresponsible, unethical and afraid to reveal their real identity for their own comments.
In this world, some may agree or disagree with a topic from a blog. But then again, accusation is a not excusable. You can’t simply accuse someone whom you don’t know in reality.
The situation is the same action as stepping into a cafeteria X brand and yelling and shouting to their customers their coffee sucks!. Yeah, you may shout and yell as loudly as you like. Their supervisor might kick you out. Anyway who would do that action, it’s so silly.
The same goes here, negative comments and accusation on someone else blog and you know who will kick you out? Nay, i can’t kick anybody out because it’s a blog. But as a blog owner, i can moderate abusive comments. Isn’t it wonderful.
I have a great suggestion for abusive commentators, they should set up their own blog and post more of these comments just to create some fun for themselves. I mean, perhaps is their interest since they love to abuse other’s people blog why not abuse own blog.
Engadget solution to abusive comments.  We’re turning comments off for a bit