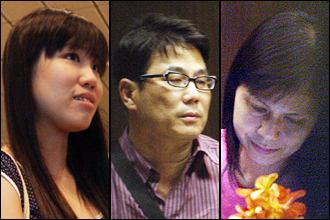 Many blamed both Neo and his mistress, Chong, while some even said Jack Neo’s wife, Madam Irene Kng, (right) should also bear part of the blame too for ‘closing an eye’ on his affairs. — PHOTOS: LIANHE WANBAO
Jack Neo, his wife and children are going through an ordeal. Reports about his infidelity will make the rounds and cause pain and embarrassment.
Before the news broke on Saturday evening, Jack called to tell me. He wanted to tell me himself and not have me learn from newspaper reports. Giving me the background, he was full of remorse, adding that his wife and children were angry with him for what he did. I listened to what he said with great sadness and said he was right to admit wrong and face up to his responsibility. I was concerned for his wife. When he told me that his
wife was beside him, I asked to speak to her and pledged my full support to them.
Life is a long and often difficult journey, and what Jack and his family are going through is what he might have presented in his own movie, except that this time it is about himself. We are used to having Jack make us laugh, bring cheer to our daily lives, explain our trials and make them easier to bear. Let us rally around Jack, his wife and his children at this time. 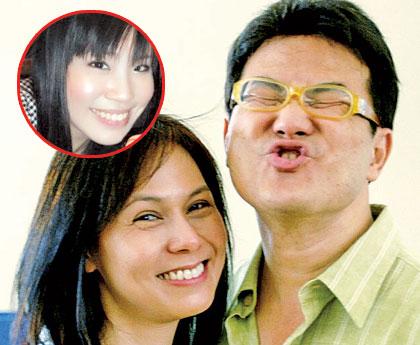 27 years of marriage ended with a humiliating news which travel afar. Kinda sad, i hope he will think back about it and turn into a new leaf.
Too many women will get man into hot soup.. always remember this..