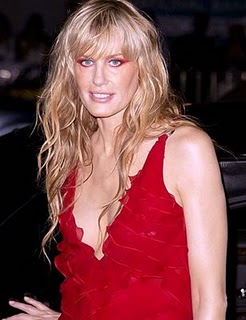 Actress Daryl Hannah who acted in  the movie Kill Bill, Splash, Roxanne, WallStreet and Steel Magnolias claims that at the beginning of her career she was “blacklisted” by Hollywood studios because she suffered from Asperger’s Syndrome.
The syndrome affected her social life whereby it limit her social interaction and made it difficult for her to do film promotions since it required meeting and talking to lots of people.
She said: “I never went on talk shows, never went to premieres. Going to the Academy Awards was so painful for me. I’d almost faint just walking down the red carpet. I was so socially awkward and uncomfortable that I eventually got blacklisted.”
“Studio executives would call me but I’d be too shy to call them back. So after a while a couple of studios literally told my manager that I was blacklisted.”

Asperger Syndrome is named after the Austrian pediatrician Hans Asperger who, in 1944, described children in his practice who lacked nonverbal communication skills, demonstrated limited empathy with their peers, and were physically clumsy.
There is no known treatment for this kind of illness, the pattern of this syndrome consists of focusing on specific deficits to address poor communication skills, obsessive or repetitive routines, and physical clumsiness.
However, most individuals improve over time, but face with difficulty in communication, social adjustment and independent living which continues into adulthood.

One thought on “Daryl Hannah says she is blacklisted by Hollywood”