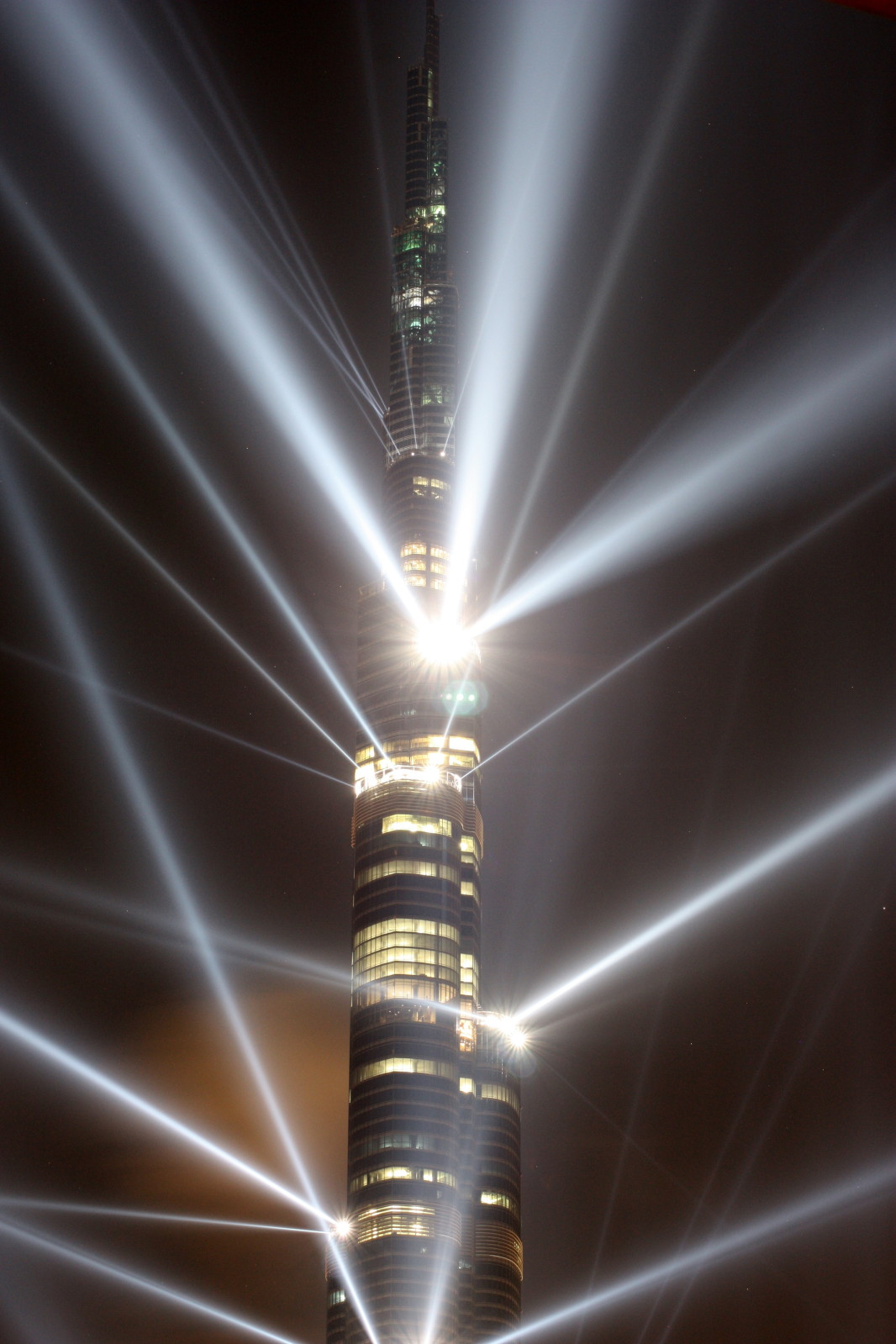 More photos of Burj Dubai
29 beautiful pictures of worlds tallest skyscraper opens
Burj Dubai will set a record for being the world’s tallest building in Dubai. Apart from being the world’s tallest building, it will also set other architectural records  –  At over 800 metres or 2,625 feet (the exact height is an official secret), the Burj will become the tallest free-standing structure in the world with the highest number of storeys, the highest occupied floor, the highest outdoor observation deck, besides having an elevator with the longest travel distance. The building, which is estimated to have used 330,000 cubic metres of concrete, 39,000 tonnes of steel rebar and 22 million man-hours will be visible from 60 miles away. It is designed in such a way that the residents need never descend below 1,300 feet if they wish, because there are offices, apartments, restaurants, gyms and almost all requirements of daily life above this height.
It was build by Emaar Properties PJSC, a real estate company in Dubai. Designed by Adrian Smith, the inspiration is drawn from a regional desert flower, the Hymenocallis. Like the structure of the flower, the tower’s wings also extend from its central core.
However, Dubai is still struggling with the ongoing real estate crisis and was recently bailed out by Abu Dhabi to pay off its debts. Apart from this, the future occupants of the building remain mysterious. Although the construction company claims that most of the 900 apartments have been sold, experts say many apartments were bought three years ago when the market was at its peak, and hence, these could be speculative purchases, which might not materialize in the present scenario. Overbuilding in the boom era and the financial crisis of 2008 has left a lot of real estate unoccupied. The building has 37 floors for office space, while state analysts believe there is virtually no demand for office space in Dubai at present.
World tallest building record based on categories:-
Height to the architectural top– the Burj will be the tallest and Taipei 101 the second tallest.
Highest occupied floor– Burj will be the tallest but the Shanghai World Financial Centre is the second.
Height to tip, which measures the height from the lowest level to the tip including antennae and other functional and technical equipment. Even here, the Burj will remain the tallest, but Chicago’s Willis Tower comes in second.
Asia has the most tallest building in the world
Asia has 57 of the world’s 100 tallest buildings, with China alone (including Hong Kong and Macau) accounting for 32, the same number as the US. The only European buildings on this list are in Moscow, so western Europe doesn’t have a single one