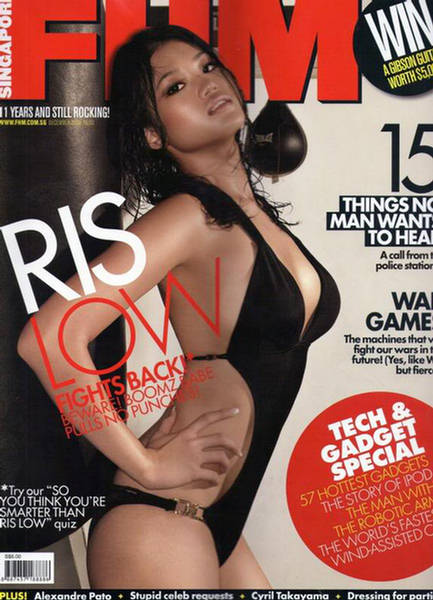 Stripping of her Miss Singapore World title doesn’t stop 19-year-old, Ris Low from becoming the rising stars in the entertainment world. After her title was stripped of from Miss Singapore World title, convicted for credit card fraud on how she spent almost $8000, sentence to be under survellience for 24 months, indecent photos, she stand strong in her own way. She even publicly stated she wanted to make a comeback as a beauty pageant organiser and was looking for sponsors for an as-yet-unnamed three-in-one beauty pageant. Then she stirred another controversy by liberal use of vulgarities and expletives on Shan + Rozz show on radio station 98.7. Since then, she had became one of the infamous person in the world.
Despite being infamous, she is the most searched person on the internet like Google, Yahoo and rednano.sg, she even became the cover girl for men’s magazine and now Espire.
With her strong determination to become a celebrity, she caught the attention Zander Asia who approached her to be their condom company Espire youth ambassador, to promote its latest product as well as educate safe sex to Singapore youths. 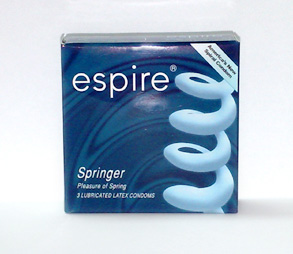