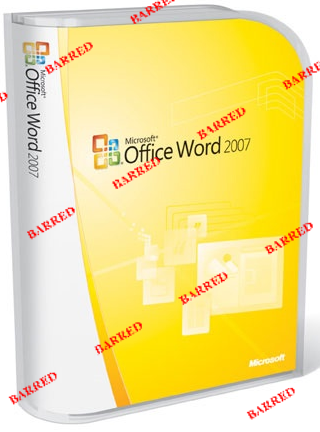 Microsoft loses patent appeal in the Court of Appeals for the Federal Circuit in the i4i case, which takes effect on January 11, 2010.
This injunction applies only to copies of Microsoft Word 2007 and Microsoft Office 2007 sold in the U.S. on or after the injunction date of January 11, 2010.  Copies of these products sold before this date are not affected.
Therefore, Microsoft expect to have copies of Microsoft Word 2007 and Office 2007, with this feature removed, available for U.S. sale and distribution by the injunction date.  In addition, the beta versions of Microsoft Word 2010 and Microsoft Office 2010, which are available now for downloading, do not contain the technology covered by the injunction.
Microsoft are moving quickly to address the injunction issue, they are also considering legal options, which could include a request for a rehearing by the Federal Circuit Court of Appeals en banc or a request for a writ of certiorari from the U.S. Supreme Court.
Reference: Engadget, Microsoft