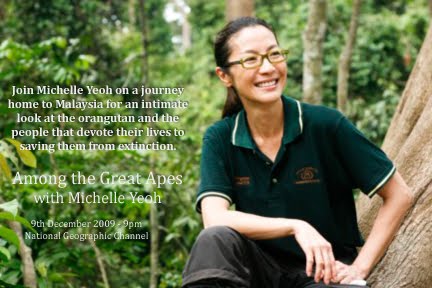 “Among the Great Apes with Michelle Yeoh”.

Orang utan the great apes
Orang-utans, whose name means “persons of the forest” are among the planet’s most endangered primates, and they are the only great ape found in Asia.
Orangutans now survive only on the islands of Sumatra and Borneo. They could be extinct in less than 50 years if nothing is done to protect them and the forest they depend on. Due to poaching and illegal logging, orang utans have lost their natural habitat and forced into smaller areas, making it difficult for them to sustain long-term population and biodiversity.
Sepilok Rehabilitation Centre
A facility for orphaned and injured orang utans in Sandakan, Sabah.
Currently housing 53 of the orphaned apes, the centre’s aim is to nurse them back to health before releasing them back to the wild. With Sepilok’s veterinarian Dr Cecilia Boklin as her mentor, Yeoh got right into the nitty-gritty of life there, including bathing a three-year-old orang utan and teaching him how to climb.
The documentary

Filmed in high definition, the program takes Michelle to Sabah on the island of Borneo where she finds out what’s being done to protect orangutans and meets many people from local Malaysians to international conservationists who, devote their lives to the battle to save orangutans from extinction
Among the great apes is an hour show produced by local production house in conjunction with National Geographic Channel and FINAS collaboration.
Michelle’s new documentary, “Among the great apes with Michelle Yeoh” 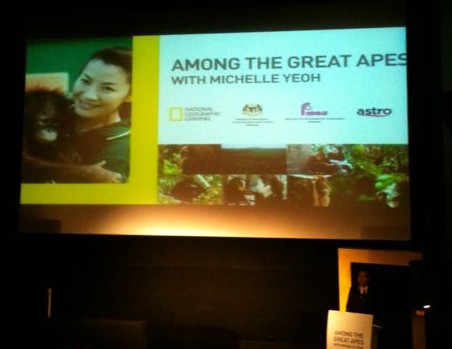 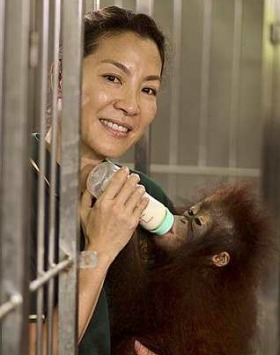 Feeding time: As a volunteer at Sepilok Rehabilitation Centre in Sabah,Datuk Michelle Yeoh gets to feed baby orang utans 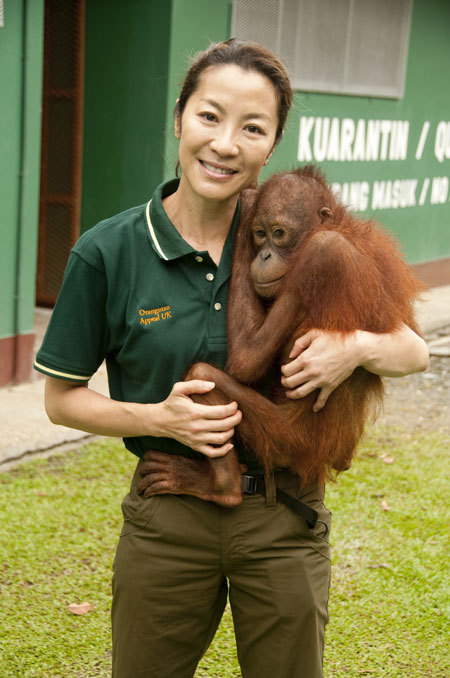 “It was an amazing experience,” Yeoh enthused. “It’s impossible not to fall in love with them. On my first day at Sepilok, one of the orang utans came right up to me and sat down, and put its hands on my lap!” 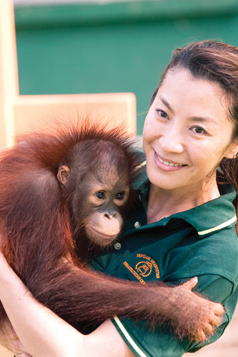 I hope people will see the beauty of the
orangutan in the wild and realise that
this is where they need to stay.”
She was also surprised at how attached she got to the orang utans, and even adopted two at Sepilok. 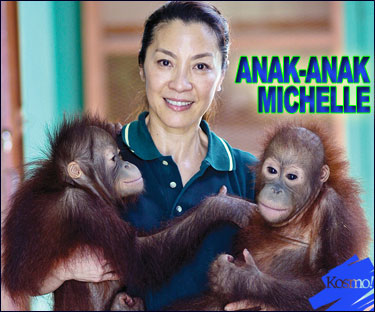 Yeoh  adopted two orangutans in Sepilok, paying for their upkeep until they are ready to be released back into the wild in a couple of years.
One is called Sen and the other, Michelle
(Photo: Kosmo online) 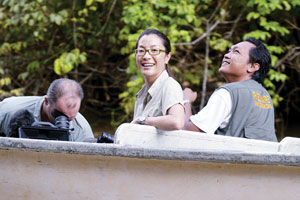 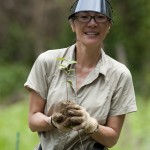 “Among The Great Apes with Michelle Yeoh” is a powerful and dramatic story that will serve as an educational tool for everyone on issues regarding conservation and the well-being of the orang-utan in Malaysia and Asia” said Basil Chua, the Territory Director of Malaysia, National Geographic Channel Asia. 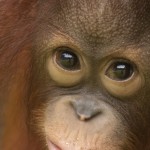 “They have the most soulful eyes, they really speak with their eyes. If you look at a flanged male, it’s like looking at the face of an elder statesmen, there’s so much wisdom there,” she said.
While these experiences were undeniably exciting, Yeoh hopes that the documentary will also shed light on the help that is needed to maintain the orang utan population, which once stretched from China to Java, but is now confined only to Sumatra and Borneo.
“I hope that after watching this programme, more locals will come in (to Sepilok) as volunteers. They need a lot of help, and currently, it seems to be more foreigners who are there helping out. It’s a shame that we have to get others to come protect our treasures,” Yeoh said.

A few days earlier Malaysian reporters interviewed Michelle over the phone about the documentary. Michelle said she is in the middle of filming Jianyu Jianghu and she has another two film projects under negotiation. She said she will visit her family in Malaysia for the Chinese New Year (next February). – Michelle Yeoh 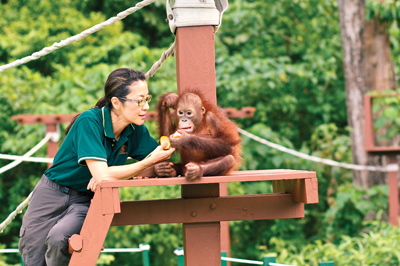 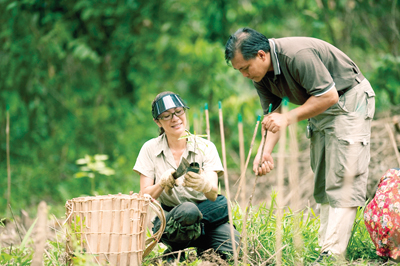