GROU.PS , a new DIY (Do-it-Yourself) social networking site are going to attract the social networking communities with its unique features. It does have a few similarities with Facebook and TechCrunch reported it has now hit 2 million users and still growing.
I have tried signing up and tested a few features, i think they are still in their beta testing stage because i’ve encountered a few bugs here and there. Hopefully they will solve it soon.
What is GROU.PS
GROU.PS let user create their own social network – with own logo, look and feel. It supports wikis, photos, blogs, calenders, links, forums, chats, maps, profiles and subgroups – each is available as plug and play module for a community, thus allowing users to pull in their data from 3rd party services (Digg, flickr , blogs, Youtube and etc)
It comes with fine-grained privacy and moderation settings. Also it plays well with users favorite sites such as Facebook, Flickr, and YouTube.
Grou.ps is unique because it offers a new technology “Elastic Module”, that allows group administrators to customize the way their data is displayed to their group viewers. You can access it from Group Admin Panel >  Views.
Background of GROU.PS
Originate: San Francisco based social groupware startup with development offices in Istanbul, Turkey.
Founded by: Emre Sokullu (24) – a long time open source contributor who lad local efforts of Apache Software Foundation in his native, Turkey. Emre was also founder of SimpleKDE, a KDE based lightweight window manager for UNIX systems. Emre’s previous venture, Turkix, started as a free, Windows-like, user-friendly Linux distribution, then quickly became Turkey’s leading open source solution provider. Emre is originally an artificial intelligence researcher who worked at Wordnet Project, in Princeton University Cognitive Sciences Labs and can be found blogging at http://emresokullu.com
Mission
GROU.PS’ mission is to give you all the tools you need to keep your online community connected.
Supported by
The company is supported by Cem Sertoglu, a seasoned social networking veteran who was the CEO of SelectMinds, which he built organically into a $5+ million business in five years. Cem is currently a general partner at iLab Ventures and can be found blogging at http://csertoglu.typepad.com 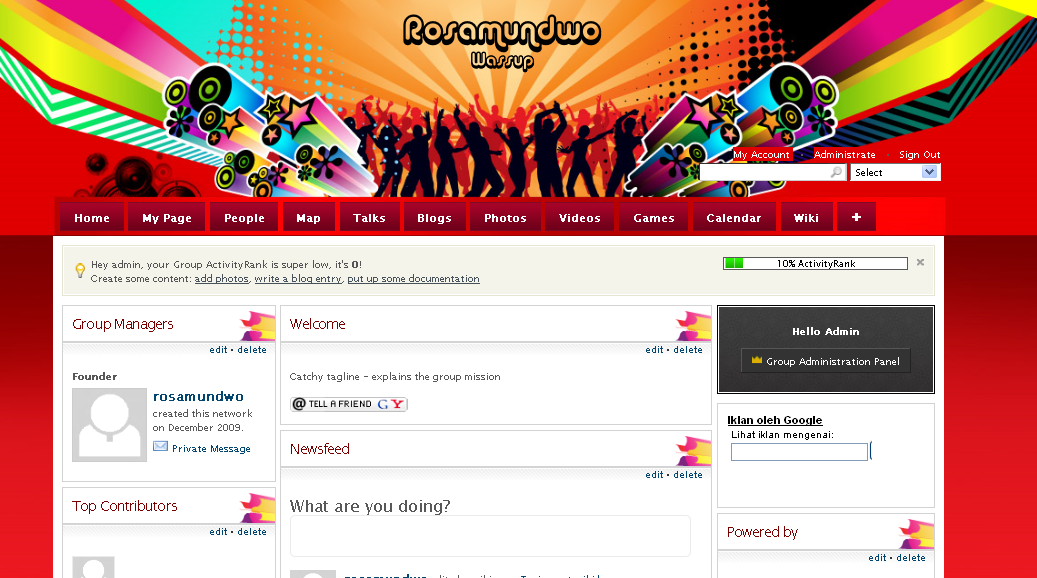 (User can choose their own templates in GROU.PS)