Friendster finally found a buyer in Asia, the MOL Global (an affiliate of Kuala Lumpur, a Malaysia-based online payment solution provider MOL AccessPortal Berhad). Sales deal is at least $100 million
The affiliate, MOL Global Pte. Ltd., will acquire 100 percent of Friendster, which recently unveiled its new look and repositioned itself to cater to the Asian market, where most of its users are.
This is the video showcasing “Friendster” new look?

As for myself, i am no longer using Friendster as i’ve moved on to Facebook. What about the rest of the users? Even my niece and nephew as young as 9 years old are actively hanging out in Facebook.
Here’s an excerpt from the press statement issued by Friendster.

“The merger with Friendster will continue to transform the social networking industry, combining a highly intuitive and successful social media site and online marketing channel with an integrated payment platform and content network which includes games, goods, gifts, music and video. We are creating a unique company that will be well positioned to provide content to a huge, regional user base, here in Southeast Asia,” said Ganesh Kumar Bangah, president and chief executive officer of MOL.
MOL uses the leverage of a network of over 500,000 physical and virtual payment channels across 75 countries worldwide to collect payments for content and services. Its core markets are Malaysia, Singapore, Indonesia, Philippines, Thailand and India. MOL has relationships with over 70 online game publishers that have a suite of over 200 online game titles. It also has partnerships with music, movie and video content owners and distributors across the region.

Do you think Friendster will be able to rise to the top again after changing its looks?
I doubt so. Maybe they should change their wave to serve only Mandarin Characters instead of having another similarities in Facebook.
Below are snippets from asia.cnet.com reviews. I totally agree with their comments.
sirsteven
“Friendster will need to convince users in other countries to hop on-board. No idea how they’ll manage it, but right now their partially Chinese ‘Chinese-language’ site is pretty half-assed and unconvincing.
Their make-over will need to be more radical, and aim more at integration – ie: Facebook Connect, Twitter Connect, etc – if it’s ever going to not be seen as a ‘web 1.0’ kinda site.”
mikeabundo
Friendster Connect? Please, no. Friendster’s full of moronic teenagers who tYpE iN mIzSpElT cAmElCaSe. God forbid Friendster Connect spread them across teh Intarwebz.
Friendsters Press Release – Friendster Launches Global Partnership with MOL Accessportal Berhad (MOL) to power Micropayments and the Friendster Wallet
Malaysian tycoon Vincent Tan acquires 100 percent of online social networking site Friendster.
Tan’s online payment systems business will buy 100 percent of Friendster through an affiliate company.
The two companies will be combined therefore Vincent Tan’s business empire can sell content such as games, movies, music and other products to Friendster’s 115 million members, using his company’s electronic payments system. Tan’s businesses include retail franchises in Southeast Asia such as Starbucks, 7-Eleven, Borders, Krispy Kreme, and Wendy’s.
To those who don’t know who is Vincent Tan
His Ranking 10th – Vincent Tan (Berjaya Group, Cosway, Singer, 7- Eleven, MacDonald, Wendy’s, Starbucks …) He’s one of the Top 40 Malaysia’s Tycoon 2009 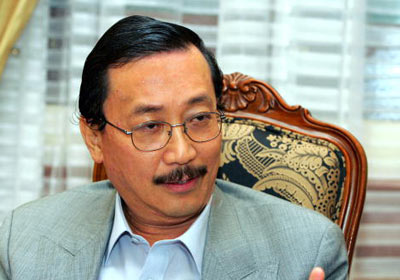