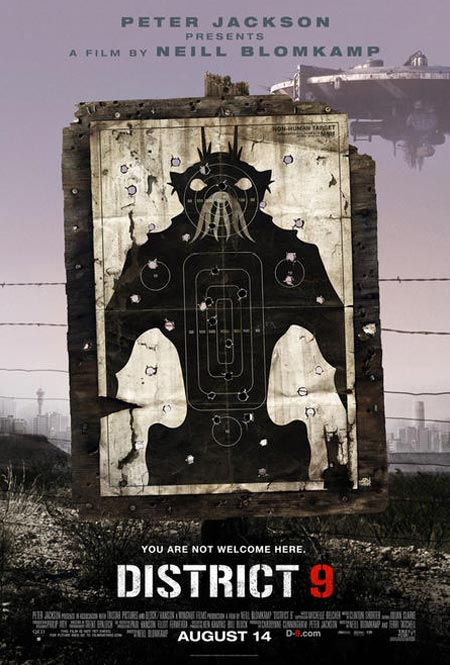 Summary
Over twenty years ago, aliens made first contact with Earth. Humans waited for the hostile attack, or the giant advances in technology. Neither came. Instead, the aliens were refugees, the last survivors of their home world. The creatures were set up in a makeshift home in South Africa’s District 9 as the world’s nations argued over what to do with them. Now, patience over the alien situation has run out. The tension between the aliens and the humans comes to a head when a human field operative, Wikus van der Merwe, contracts a mysterious virus that begins changing his DNA. Wikus quickly becomes the most hunted man in the world, as well as the most valuable – he is the key to unlocking the secrets of alien technology. Ostracized and friendless, there is only one place left for him to hide: District 9.
My review
Watching District 9 is likes watching news reporting. You will start to think why human are not afraid of aliens?! Boring at first but “quite” exciting in the middle and ending part. Horrible violence killing actions and mutations of DNA of human transformation into alien form. Okay, it’s not that scary compare to “Final Destination”..
I wonder if there is any sequel to this movie because the ending is unknown. Wonder if he’s going to change back to his human form coz the alien promised him that he’ll return to help him restore back in 3 years time.
Found this download link in piratebay, DVDrip with good quality sound and picture.
i believe if it’s a good movie, eventhough some of us downloaded and watch for free, we will eventually purchase the original DVD to support movie’s production. Agree?
Download Link
http://thepiratebay.org/torrent/5136368/District_9_(2009)_DVDRip_XviD-MAX