A 19 year old student was expel from college after she participate in Singapore’s Tease and Wash show. This online contest in Singapore allowed 20 winners to have their vehicle cleaned by topless ladies, the car wash contest is run by Motoring Exchange, a new motoring classifieds website.
The event organser Gerald Chan, 29 said he knew that his company, Motoring Exhange, was treading on dangerous ground by holding such an event, even if it was touted as a ‘private’ one held in a disused wharehouse. 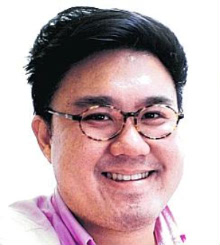 Photo: Gerald Chen
“It was a risk we were willing to take,” he said.
He said censored pictures taken from the event, with the breasts of the models digitised, have been uploaded on the website, with an “above 18” restriction on it.
Topless treat for boyfriend
His car was among those washed by topless women during Singapore’s recent ‘Tease and Wash’ show.
Free lance photographer Gary Yong, 28, couldn’t believe it when his girlfriend Bella Zhong told him that she was one of the 20 winners of Singapore’s first topless car wash.

Zhong, an advertising executive told The New Paper: “I was quite surprised it really happened.
“At first I thought, ‘Cheh, wear bikini’. Then they took it off. They were wearing nipple tapes.
“The pieces were very small, just covering. I thought, wow. Then they took it off. They were really topless.
When Yong and Zhong arrived, they were briefed by the organisers on the guidelines – no touching the models, no photography except by the two official photographers.
Then the cars rolled out to be washed. The models moved in with their hoses and props – wash mitts, big brushes and sponges.
Zhong and her boyfriend who were among the first to arrive soon spent their time discussing the models’ figures.
Photo: dailychilli
More photos /And EngineLounge.com
Videos http://www.teasewash.com/
You can watch in youtube http://www.youtube.com/watch?v=9-gbfSTwNXM